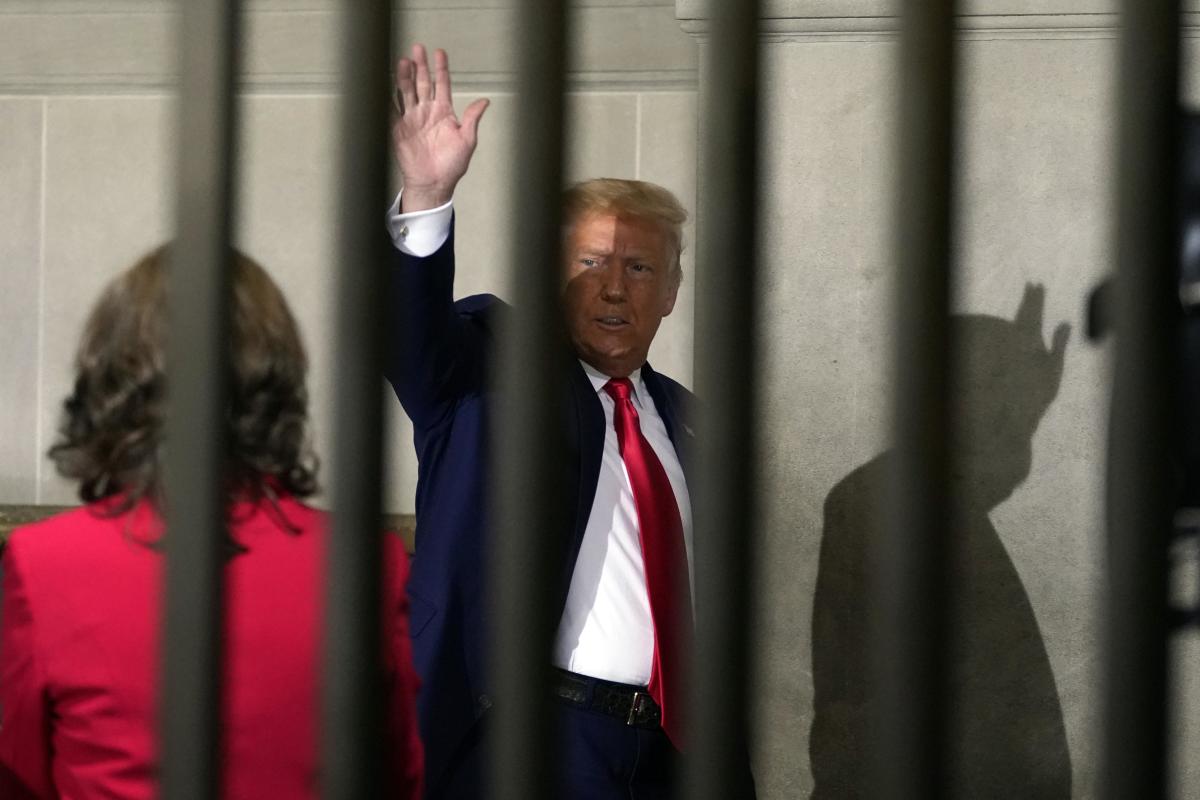 Donald Trump’s legal perils have become insurmountable and could snuff out the former US president’s hopes of an election-winning comeback, according to political analysts and legal experts.

On Wednesday, Trump and three of his adult children were accused of lying to tax collectors, lenders and insurers in a “staggering” fraud scheme that routinely misstated the value of his properties to enrich themselves.

The civil lawsuit, filed by New York’s attorney general, came as the FBI investigates Trump’s holding of sensitive government documents at his Mar-a-Lago estate in Florida and a special grand jury in Georgia considers whether he and others attempted to influence state election officials after his defeat there by Joe Biden.

The former US president has repeatedly hinted that he intends to run for the White House again in 2024. But the cascade of criminal, civil and congressional investigations could yet derail that bid.

“He’s done,” said Allan Lichtman, a history professor at American University, in Washington, who has accurately predicted every presidential election since 1984. “He’s got too many burdens, too much baggage to be able to run again even presuming he escapes jail, he escapes bankruptcy. I’m not sure he’s going to escape jail.”

After a three-year investigation, Letitia James, the New York attorney general, alleged that Trump provided fraudulent statements of his net worth and false asset valuations to obtain and satisfy loans, get insurance benefits and pay lower taxes. Offspring Don Jr, Ivanka and Eric were also named as defendants.

At a press conference, James riffed on the title of Trump’s 1987 memoir and business how-to book, The Art of the Deal.

“This investigation revealed that Donald Trump engaged in years of illegal conduct to inflate his net worth, to deceive banks and the people of the great state of New York. Claiming you have money that you do not have does not amount to ‘the art of the deal’. It’s the art of the steal,” she said.

Her office requested that the former president pay at least $250m in penalties and that his family be banned from running businesses in the state.

James can not bring criminal charges against Trump in this civil investigation but she said she was referring allegations of criminal fraud to federal prosecutors in Manhattan as well as the Internal Revenue Service.

Trump repeated his go-to defence that the suit is “another witch hunt” against him and again referred to James, who is Black, as racist, via his Truth Social platform, also calling her “a fraud who campaigned on a ‘get Trump’ platform, despite the fact that the city is one of the crime and murder disasters of the world under her watch!”

But critics said the suit strikes at the heart of Trump’s self-portrayal as a successful property developer who made billions, hosted the reality TV show The Apprentice and promised to apply that business acumen to the presidency.

Laurence Tribe, a constitutional law professor at Harvard University, noted that the civil component “involves things of particular significance to Trump and his family and his organisation, namely their ability to defraud the public, to defraud banks, to defraud insurance companies, and to continue to subsist through corruption. Without all of that corruption, the entire Trump empire is involved in something like meltdown.”

Tribe added: “Trump is probably more concerned with things of this kind than he is with having to wear an orange jumpsuit and maybe answer a criminal indictment … As a practical matter, this is probably going to cause more sleepless nights for Mr Trump than almost anything else.”

As so often during his business career, Trump sought to throw sand in the legal gears. He bought time by persuading a court to appoint a judge, Raymond Dearie, as a special master to review the documents. But so far Dearie appears to be far from a yes-man. On Tuesday he warned Trump’s lawyers: “My view is you can’t have your cake and eat it too.”

The ex-president also faces a state grand jury investigation in Georgia over efforts to subvert that state’s election result in 2020. The justice department is investigating his role in the deadly January 6 attack on the US Capitol by a mob of his supporters intent on preventing the certification of Biden’s election victory. Its efforts have been boosted by the parallel investigation by a House of Representatives committee, whose hearings are set to resume next week.

In addition, the Trump Organization – which manages hotels, golf courses and other properties around the world – is set to go on trial next month in a criminal case alleging that it schemed to give untaxed perks to senior executives, including its longtime finance chief Allen Weisselberg, who alone took more than $1.7m in extras.

Despite it all, Trump has been laying the groundwork for a potential comeback campaign and has accused Biden’s administration of targeting him to undermine his political prospects.

Asked by a conservative radio host what would happen if he was indicted over the classified documents at Mar-a-Lago, Trump replied: “I think you’d have problems in this country the likes of which perhaps we’ve never seen before. I don’t think the people of the United States would stand for it.”

Kurt Bardella, an adviser to the Democratic National Committee, said: “If the best defence you have for your conduct is: if you hold me accountable, there will be violence, that sounds like someone who has no business being either in public service or being outside of jail.”