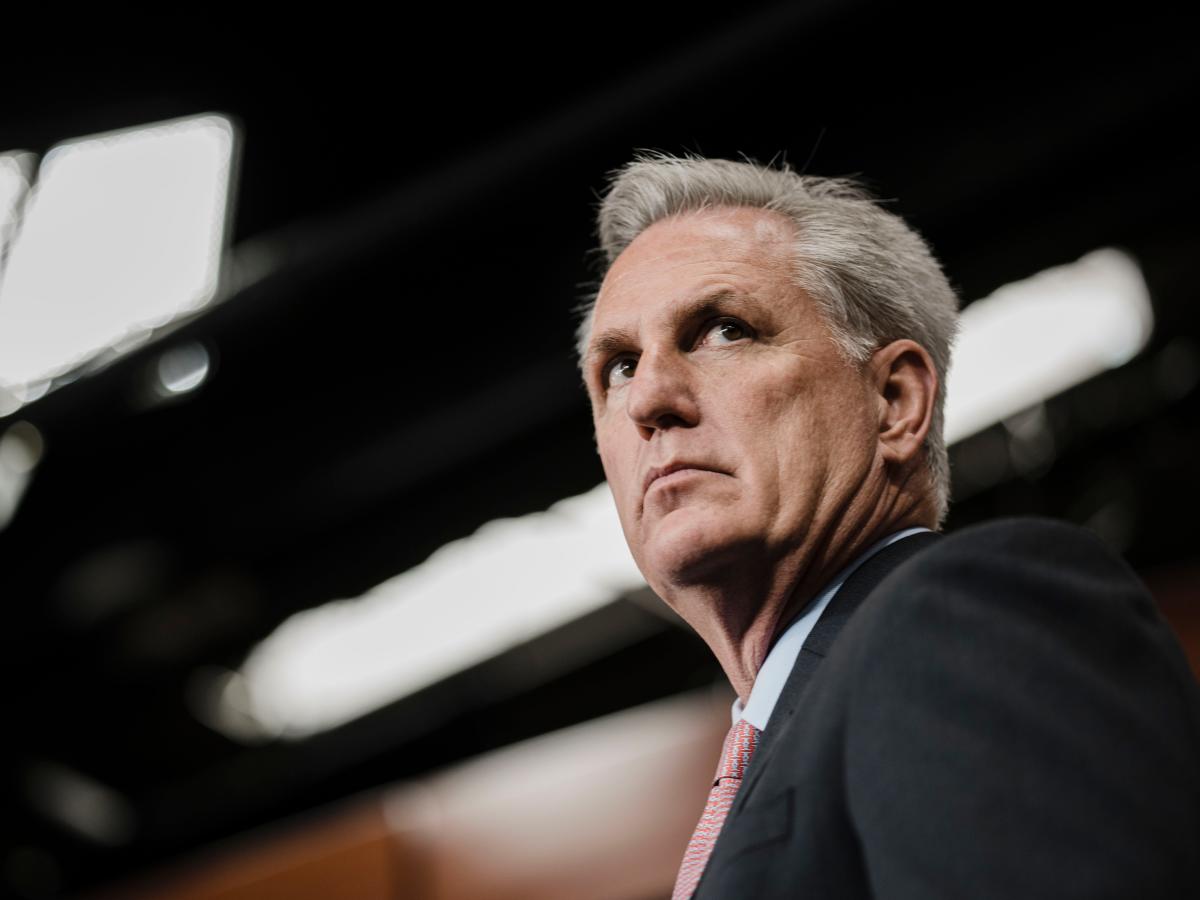 House Republicans unveiled their policy agenda on Friday, aiming to persuade voters to deliver them control of the chamber in the November midterms with a list of their economic and social priorities. First up: repealing a key piece of President Joe Biden’s economic legacy.

House Minority Leader Kevin McCarthy of California vowed to repeal the $80 billion set aside for the Internal Revenue Service in the Inflation Reduction Act, which Biden signed into law last month. The bill was passed without any Republican votes.

“On that very first day that we’re sworn in, you’ll see it all changes. Because on that very first bill, we’re gonna repeal 87,000 IRS agents,” McCarthy said, referring to the Democratic effort to strengthen the IRS after a decade of budget cuts.

The House Republican agenda also pledged to fight inflation, which has reached its highest levels in decades. It also made commitments to strengthen the economy, combat crime, and holding the federal government accountable.

“This isn’t about a party. This is about our nation. This is a moment in time, they will look back and make sure the next century is the American century,” McCarthy said.

House Republicans broke with Senate Minority Leader Mitch McConnell in rolling out their policy platform. McConnell has opted to keep the focus instead on Biden’s handling of the economy without specifying what Senate Republicans intend to do if they recaptured the upper chamber. He encouraged the agenda anyway on Thursday.

“Imagine — a House that actually fights for American families instead of making their lives harder,” the Kentucky Republican wrote on Twitter.

Republicans have pummeled the Democratic initiative to bolster the beleaguered IRS. Some have made false claims that armed IRS auditors would be going door-to-door collecting taxes from average Americans.

“It’s unbelievable that we even need to say this, but there are not going to be 87,000 armed IRS agents going door-to-door with assault weapons,” Sen. Ron Wyden of Oregon said in a statement last month. “This is funding for answering phone calls and upgrading computer systems.”

A group of Senate Republicans led by Sen. Mike Crapo of Idaho sent a letter to the tax agency on Thursday urging them to prioritize improving taxpayer services.

Treasury Secretary Janet Yellen has said the IRS will channel the funding to clear a backlog of unprocessed tax returns, updating its computer systems and hiring thousands of additional employees. The agency has fewer auditors since at any time since World War II, and its workforce remains the same size as it was in the 1970s. It also intends to pursue wealthy Americans who have avoided paying taxes.

During a recent visit to an IRS facility in Maryland, Yellen said the IRS will move to staff up tax assistance centers, shorten phone waiting times by half for taxpayers, and start automating the scanning of individual paper returns.