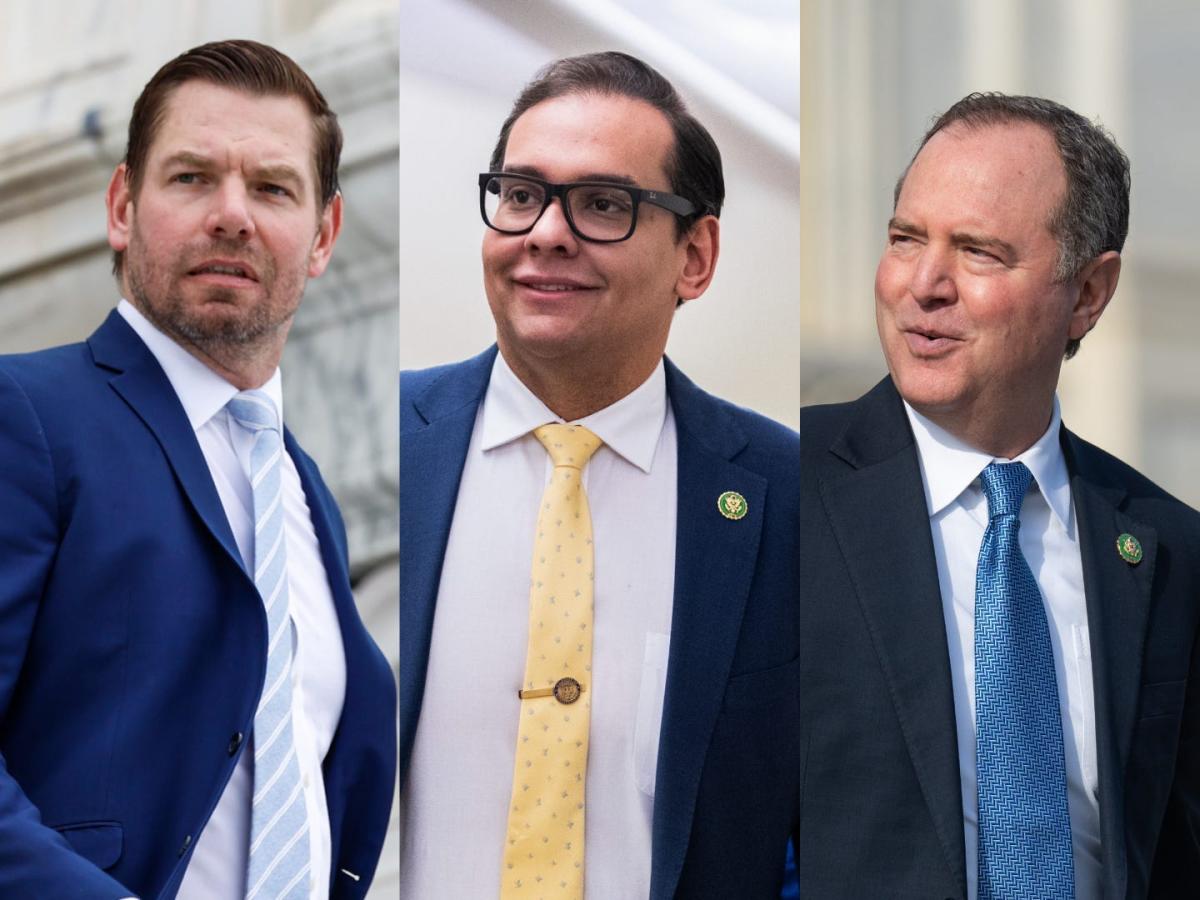 House Speaker Kevin McCarthy has long pledged to remove Democratic Reps. Adam Schiff and Eric Swalwell of California, who both took part in the impeachment cases made against then-President Donald Trump, from the House Permanent Select Committee on Intelligence.

But in a letter to McCarthy obtained by Insider and first reported by Punchbowl News, House Minority Leader Hakeem Jeffries has nominated the two lawmakers anyway, in part arguing that it would be a “double standard” for Republican Rep. George Santos of New York to serve on committees while denying Schiff and Swalwell their spots on the Intelligence committee.

“At the same time that Republicans have threatened to deny seats on the Intelligence Committee to clearly qualified Democratic members, serial fraudster George Santos has been placed on two standing committees of the House and welcomed into your conference,” wrote Jeffries in the letter, which was sent to McCarthy on Saturday. “The apparent double standard risks undermining the spirit of bipartisan cooperation that is so desperately needed in Congress.”

McCarthy, who has the power as House Speaker to unilaterally reject Jeffries’s picks for the select committee, has argued that Schiff and Swalwell are not qualified to serve on the panel and that Democrats set a precedent by holding bipartisan votes to boot Republican Reps. Marjorie Taylor Greene of Georgia and Paul Gosar of Arizona from committees during the last Congress.

Jeffries, noting the bipartisan nature of those votes, argued that there’s no equivalence between the two far-right members and the two Democratic lawmakers; Schiff was the previous chair of the House Select Committee on Intelligence. “It does not serve as precedent or justification for the removal of Representatives Schiff and Swalwell, given that they have never exhibited violent thoughts or behavior,” he wrote.

In arguing for the removal of the two Democrats from the national security-focused committee — which conducts oversight of intelligence agencies and frequently handles classified information — McCarthy has pointed to Swalwell’s brief association with a Chinese spy and has claimed that Schiff “lied to the American public” about whether he personally knew the whistleblower who triggered the first impeachment of former President Donald Trump.