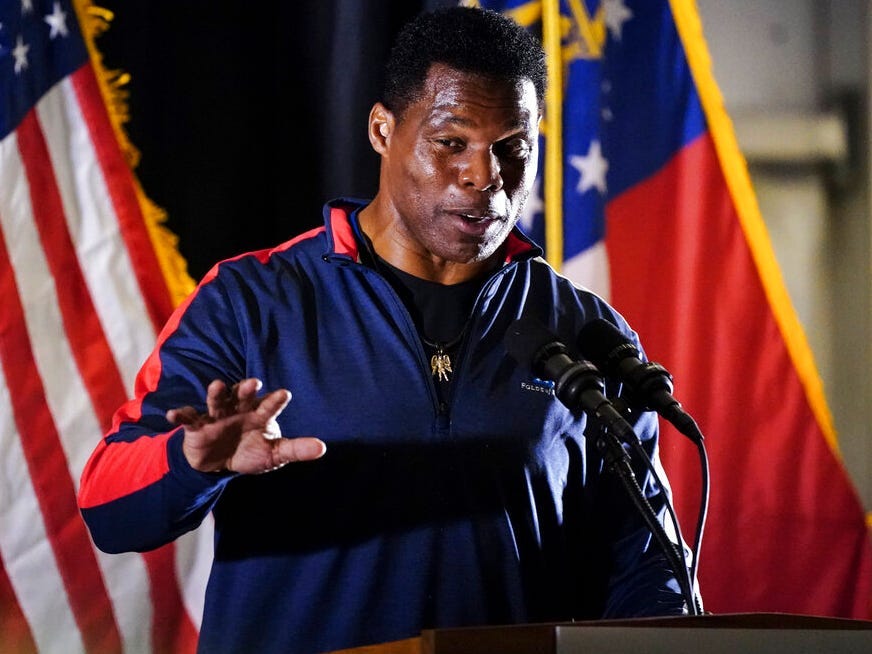 Republican Senate nominee Herschel Walker is receiving a tax break meant for a “principal residence” on his Texas home while he’s an active candidate running for office in Georgia, according to a report from CNN’s KFile.

Public tax records revealed that Walker is set to get a homestead tax exemption in Texas this year, which will save him roughly $1,500 while also potentially infringing on tax rules in Texas as well as Georgia’s residency rules laid out for candidates seeking public office, per the KFile report.

In 2021, Walker registered to vote in Georgia after living in Texas for about 20 years.

Texas homeowner guidelines stipulate that individuals can qualify for the exemption if it’s used for their “principal residence.”

“Homestead exemptions remove part of your home’s value from taxation, so they lower your taxes,” the guidelines read.

An official in the Tarrant County tax assessor office informed the KFile that the Republican candidate used the tax exemption in both 2021 and 2022 for his Texas home, even as he had kicked off his campaign in Georgia.

“Walker’s pattern of dishonesty, fraudulent schemes and disturbing conduct grows longer every day. Walker owes voters an explanation for this scandal – and it’s all more proof that he has no business representing Georgians in the Senate,” Democratic Senatorial Campaign Committee spokesperson Amanda Sherman-Baity said in a statement.

A representative for Walker did not immediately respond to Insider’s request for comment.

Walker — a native Georgian who was born in Augusta and raised in Wrightsville — rose to national prominence as a standout football player at the University of Georgia and as a player in the National Football League.

But he had spent years out of the state before launching his Senate candidacy in Georgia last year with the backing of former President Donald Trump.

After neither Walker nor incumbent Democratic Sen. Raphael Warnock earned more than 50% in the November general election, the Senate race went to a runoff as mandated by state law. The runoff election will be held on December 6.