Freaky blue spiral spotted in Hawaii sky — it wasn’t aliens or a galaxy. What was it? 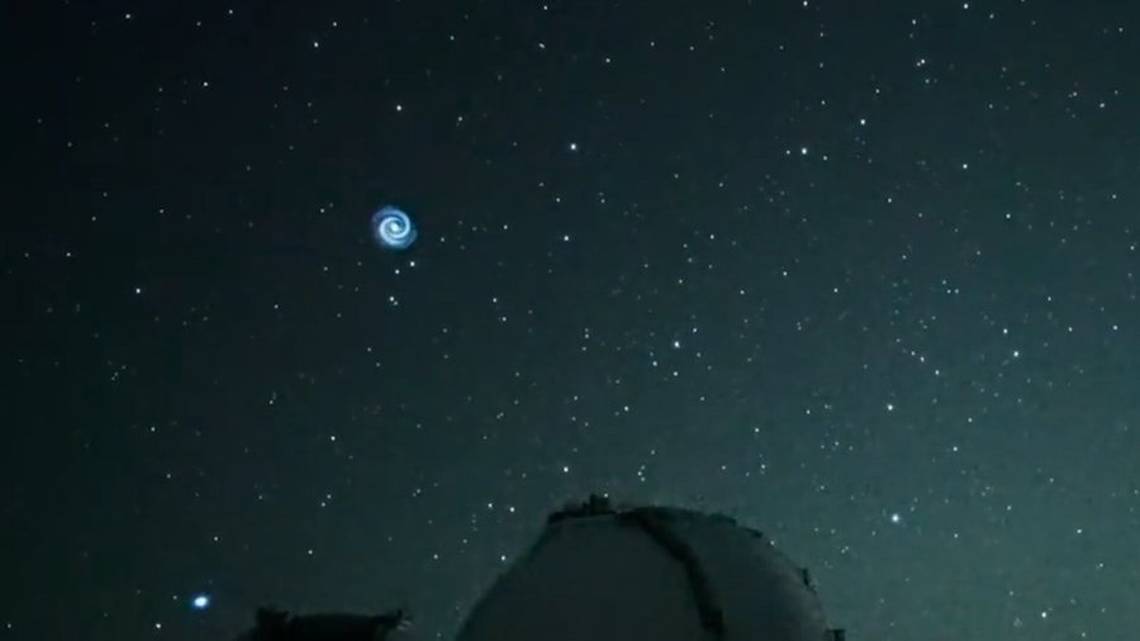 An eerie shape formed in the night sky over Hawaii that looked like something straight out of a sci-fi film.

Astronomers at a Hawaii observatory spotted the whirlpool-shaped blue light with the Subaru Telescope in Maunakea on Jan. 18 and shared the curious time-lapse on YouTube and Twitter.

“A ‘Mysterious’ Flying Spiral was seen over Maunakea… Really unusual view!” the YouTube caption reads. The astronomers then asked if anyone had any idea what it could be.

“Our keen viewers discovered this rare event,” they wrote. “According to them, it seems it is related to the satellite orbital deployment operation. A new satellite was launched earlier this day by Space X.”

In fact, space watchers have spotted similar spirals in the sky whenever a satellite is launched, Space.com reported. They’ve reported seeing them as far away as New Zealand after Falcon 9 activity, the outlet reported.

So what causes the galaxy-shaped lights?

One spotted in June 2022 was caused when Falcon 9 rocket’s upper stage vented leftover fuel before it de-orbited into the Pacific Ocean, Spaceweather.com reported at the time. The spiral shape was likely caused by the “upper stage spinning on its longest axis to stabilize flight orientation,” the outlet reported.

Mysterious ‘sparklers’ appear before solar flares, NASA says. What do they mean?

Is it a cloud — or a UFO? Photo of ‘surreal sight’ in Turkey baffles skygazers