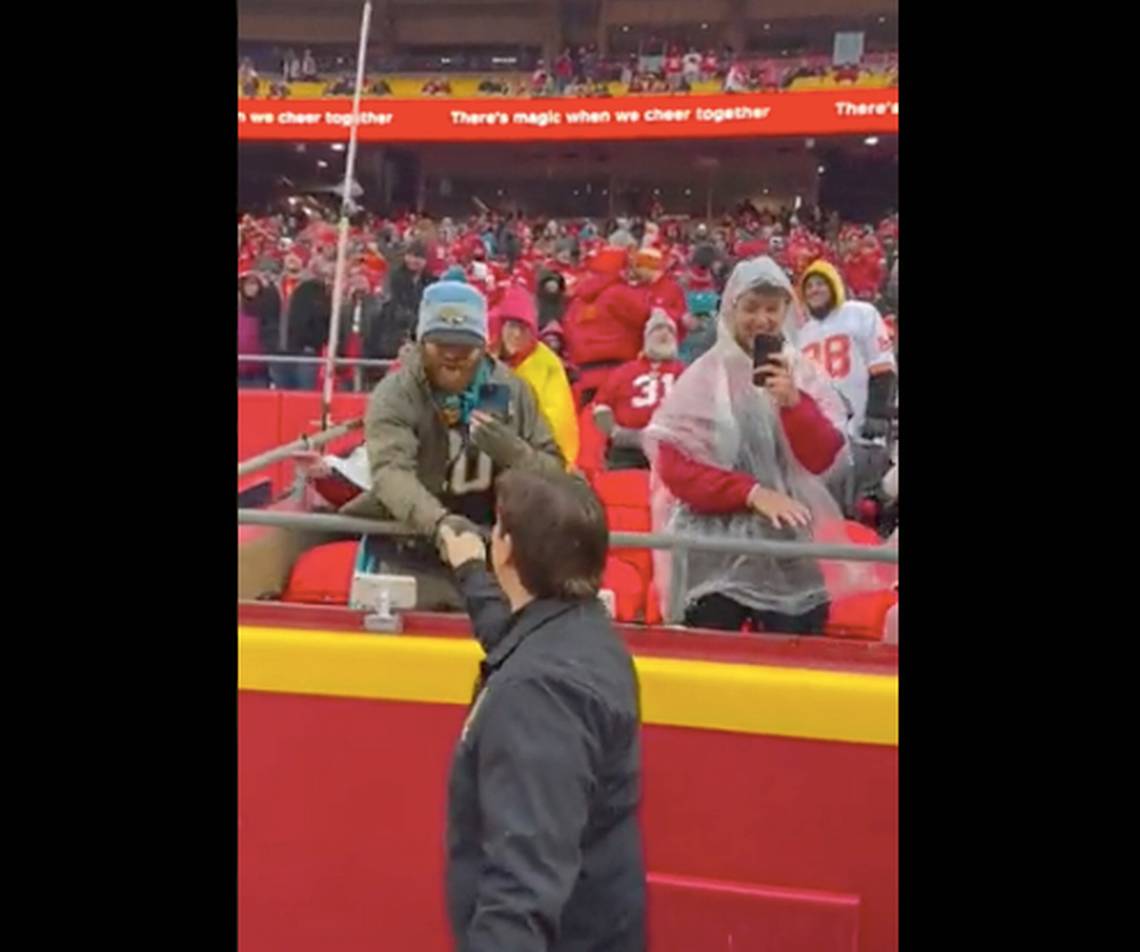 Florida Gov. Ron DeSantis made a surprise appearance at Arrowhead Stadium on Saturday, where he received a hero’s welcome from some Chiefs fans.

Video of DeSantis walking along the sidelines with a little boy — his son, Mason? — and followed by security has scooped up more than a million views on Twitter.

Presumably there to root for the Jacksonville Jaguars, he raised quite the hubbub as he walked past a row of excited Chiefs fans, who leaned over a rail to shake his hand.

A woman squealed: “Oh my gosh!”

Sports and news outlets making a big deal out of that warm reception apparently forget that though DeSantis was here to root for the other team, the proudly “anti-woke” politician is Republican, and Missouri is politically as red as a stop sign.

Last fall, DeSantis drew wild cheers when he came to Olathe to stump for Kansas Attorney General Derek Schmidt, a fellow Republican who was running for governor. But outside that rally, protesters chanted “DeSantis get out of Kansas.”

Last year, DeSantis appeared on stage at a Luke Bryan concert to raise awareness about Hurricane Ian fundraising and the country singer got slammed for playing politics.

On social media, the reaction to DeSantis’ Arrowhead visit was decidedly more mixed.

Political reporter Marc Caputo: “For those of us gauging how much appeal Ron DeSantis might have among Republicans, it’s interesting how many KC fans in KC (at the Jags game) appear to know who he is; one guy encourages him to run for president.”

New York lawyer Don Lewis: “Wonder if the Black security guy behind Ron DeSantis in Kansas City yesterday is aware that DeSantis is trying to whitewash the history of his ancestors as well as of all the Black guys playing in the Chiefs v Jaguars game?”

The conservative Washington Examiner noted that “DeSantis’s presence at the game comes as he is favored to run for president in 2024.

“The Florida governor has made trips nationwide in recent months to stump for Republican candidates.”

DeSantis has not said he’s running for president — yet.

We’re going to assume he didn’t like Saturday’s outcome. The Chiefs beat the Jaguars 27-20 and will play for the AFC championship against the Cincinnati Bengals on Sunday.