Everything we know about the Lunar New Year massacre 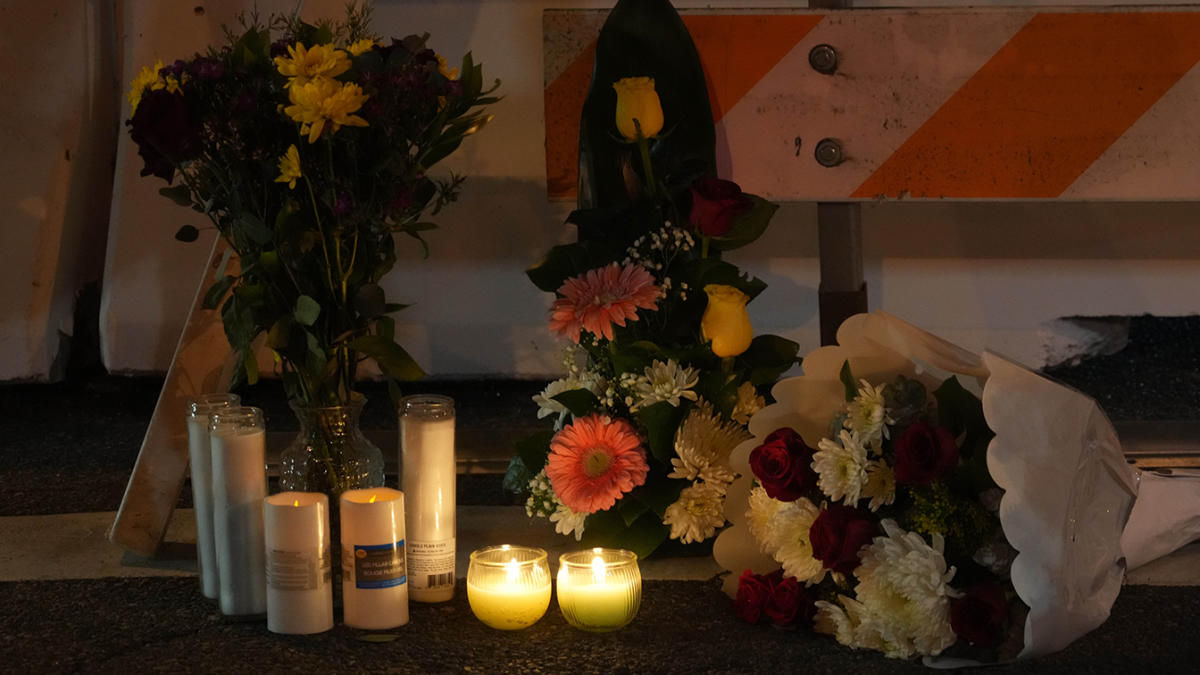 The suspect, identified as 72-year-old Huu Can Tran, was found dead inside a van Sunday from an apparent self-inflicted gunshot wound, authorities said.

Here’s everything we know about the massacre.

At a press conference on Sunday evening, Los Angeles County Sheriff Robert Luna said Tran, the lone suspect, used a semi-automatic pistol with an extended magazine to carry out the killings — a firearm that Luna said is illegal to possess in California.

“When they came into the parking lot, it was chaos,” Wiese said. “They came across a scene that none of them had been prepared for.”

The victims have not yet been publicly identified. All are believed to be 50 or older.

‘This could’ve been much worse’

About 20 minutes after the first attack, the gunman entered the Lai Lai Ballroom in the nearby city of Alhambra, Calif., authorities said.

Brandon Tsay, who works part time at the studio, told ABC’s “Good Morning America” that he confronted the gunman.

“Something came over me. I realized I needed to get the weapon away from him, I needed to take this weapon, disarm him or else everybody would have died,” Tsay said. “When I got the courage, I lunged at him with both my hands, grabbed the weapon and we had a struggle.”

Once Tsay seized the gun, he pointed it at the man and shouted, “Get the hell out of here!”

The assailant paused, but then headed back to his van and fled, and Tsay called the police with the gun still in his hand, he said.

Authorities said initially that two people inside the studio saw the gunman enter and were able to wrestle the gun away from him. But security camera footage showed only two men, including the suspect, struggling for the gun.

“The suspect walked in there, probably with the intent to kill more people, and two brave community members decided they were going to jump into action and disarm him,” Luna said. “This could’ve been much worse.”

Hours after the massacre, the gunman was discovered dead inside white cargo van in the parking lot of a Japanese grocery store in Torrance, Calif., about 30 miles away from Monterey Park, police said Sunday.

SWAT officers surrounded the van and checked the vehicle for explosives before determining the suspect was dead from an apparent self-inflicted gunshot wound. A handgun was recovered inside the van.

Luna said officers heard a single shot from inside the van as they approached, and then found the suspect slumped over the steering wheel, bringing to an end to an hours-long manhunt that had the Asian American community in Los Angeles on edge.

Authorities are still searching for a motive for the attack, the deadliest in the United States since the mass shooting at Robb Elementary School in Uvalde, Texas.

The gunman’s ex-wife told CNN that the pair met decades ago at Star Ballroom Dance Studio, where he was a regular. The woman, who asked not to be named, said Tran introduced himself and offered to teach her for free.

Tran filed for a divorce from her in 2005, which became final a year later.

She recalled that Tran was not a violent person, but added he “was quick to anger.”

If she took a wrong step while they were dancing, she said, he would occasionally blow up.

The Los Angeles Times, citing two law enforcement sources, said that the suspect “recently showed up to the Hemet police station saying his family was trying to poison him.”

“My understanding is that he may have come because his ex-wife was reveling, celebrating the Lunar New Year, and it sounded like there was a history of domestic violence, which is unfortunate,” Monterey Park Mayor Henry Lo told NBC News.

It was meant to be a joyful kickoff to the first Lunar New Year celebration in Monterey Park since before the pandemic, with throngs of people filling the streets in what the L.A. Times described as America’s first suburban Chinatown.

“It was supposed to be a day of heralding the birth of spring with symbolic rituals like wearing red for good luck and eating long-life noodles to ensure good health,” the paper said. “Instead, those who celebrate Lunar New Year woke Sunday to news of a mass shooting at a dance studio in the majority Asian suburb of Monterey Park that left 10 people dead and another 10 wounded. For many Asian Americans, hope for the new year was shattered.”

The massacre sent shockwaves through Monterey Park, a city of about 60,000, and Asian American communities around the nation, prompting police from San Francisco to New York to step up patrols at Lunar New Year celebrations in their own cities, the AP reported.

“Monterey Park should have had a night of joyful celebration of the Lunar New Year,” California Gov. Gavin Newsom tweeted. “Instead, they were the victims of a horrific and heartless act of gun violence.”

In a statement released by the White House on Sunday evening, President Biden condemned the massacre in Monterey Park.

Jill and I are thinking of those killed and injured in last night’s deadly mass shooting in Monterey Park. While there is still much we don’t know about the motive in this senseless attack, we do know that many families are grieving tonight, or praying that their loved one will recover from their wounds.

Even as we continue searching for answers about this attack, we know how deeply this attack has impacted the AAPI community. Monterey Park is home to one of the largest AAPI communities in America, many of whom were celebrating the Lunar New Year along with loved ones and friends this weekend.

Early this morning, I directed my Homeland Security Advisor to mobilize full federal support to local and state authorities as they continue to respond and investigate this shooting. As we await more crucial information from law enforcement, I want to assure the community of Monterey Park and the broader area that we will support you in every way we can.

The president also ordered flags at all federal buildings to be flown at half-staff in honor of the victims.