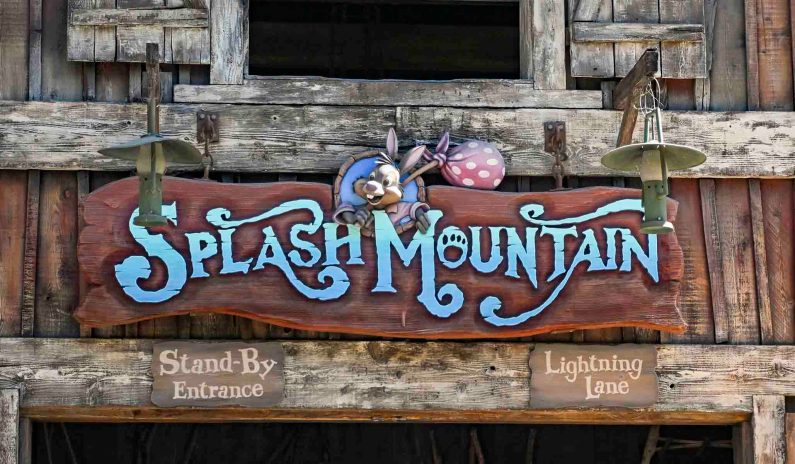 Disney announced the official closing date for its iconic Splash Mountain attraction this week, more than two years after the company first said it planned to close the ride over its perpetuation of “racial stereotypes.”

Splash Mountain, which is based on the movie Song of the South, will close on January 23, 2023. The film has come under fire in recent years for its portrayal of plantation life.

“I’ve felt, as long as I’ve been CEO, that ‘Song of the South’ was — even with a disclaimer — just not appropriate in today’s world,” Disney CEO Bob Iger said in a March 2020 shareholders meeting.

The company announced in June 2020 that it planned to reimagine the ride at both Walt Disney World and Disneyland as Tiana’s Bayou Adventure, which is set one year after the end of the movie The Princess and the Frog.

“With this longstanding history of updating attractions and adding new magic, the re-theming of Splash Mountain is of particular importance today,” Disney had said in a previous statement. “The new concept is inclusive — one that all of our guests can connect with and be inspired by, and it speaks to the diversity of the millions of people who visit our parks each year.”

A petition to save Splash Mountain in the wake of Disney’s first announcement garnered more than 93,000 signatures.

“Splash Mountain is an iconic ride at Magic Kingdom, loved by millions of fans all over the world for over 30 years.” the petition read. “Re-theming such an iconic ride would erode the nostalgia that lives in Disney World and take away a little bit of the magic.”

In contrast, a 2019 petition calling for the attraction’s closure received more than 21,000 signatures.