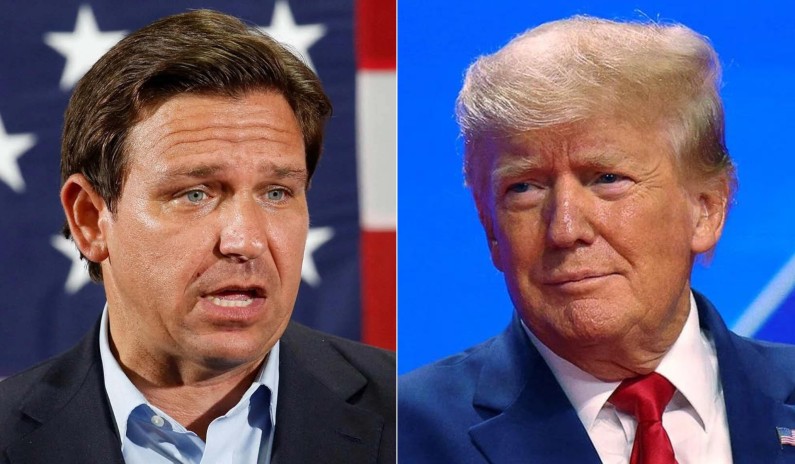 Thirty-two percent of the 393 respondents called DeSantis their first choice, while 30 percent said the same of Trump. The margin for error is +/-5. Trump boasted a 21 point lead over DeSantis in June and a 44 point lead last November, according to polls conducted by the same firm.

In an analysis of the data, Neighborhood Research’s Rick Shaftan argued that “with support barely half what it was a year ago in a time when DeSantis’s vote has nearly tripled, Trump becomes a severe underdog in the race.”

DeSantis has led Trump in a number of state-level polls released since the 2022 midterm elections, including in another survey of Iowa Republicans sponsored by Club for Growth Action, which showed DeSantis with an eleven point lead. Other Club for Growth polls suggest that DeSantis is preferred by GOP voters in Florida, Georgia, and New Hampshire. He also leads in Texas, according to a CWS Research.

Nationally, the picture is less clear. DeSantis outpaced Trump by seven points in a YouGov poll that was conducted right after the midterms, but other polls, including from Emerson University and Harris Insights and Analytics, indicate that Trump still holds a commanding lead.

Trump has been seen as increasingly vulnerable since many of the candidates he championed in the midterms — including Kari Lake, Blake Masters, Doug Mastriano, Mehmet Oz, and Joe Kent — fell short against their Democratic opponents two weeks ago. DeSantis, meanwhile, cruised to a 20 point reelection victory.

The former president announced that he would once again seek the Republican nomination last week, and has launched preemptive attacks against his prospective rival, who he’s dubbed “Ron DeSanctimonious.”

DeSantis has not yet declared his candidacy, but is widely believed to be laying the groundwork for a campaign.