Democrats ‘Not Even Close’ to Understanding Border Frustrations 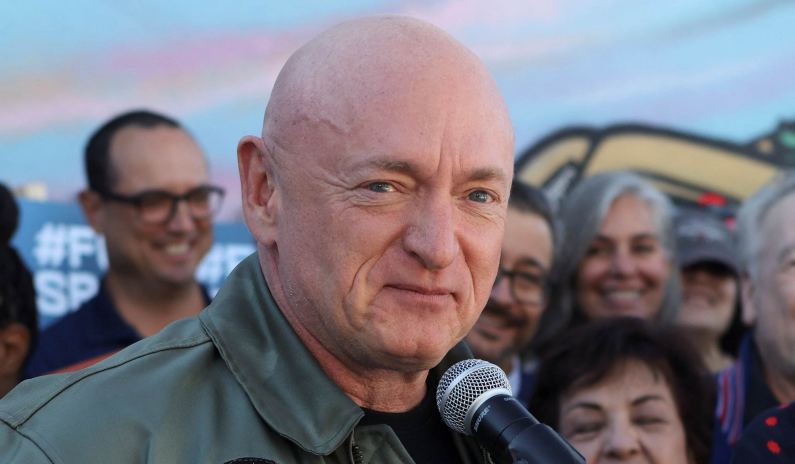 Democratic Senator Mark Kelly of Arizona says his party is “not even close” to understanding the crisis at the border.

“Absolutely not,” Kelly told the paper in an interview published Monday. “Not even close.”

He added: “When I first got to Washington, it didn’t take me long to realize that there are a lot of Democrats who don’t understand our southern border and a lot of Republicans who just want to talk about it. Don’t necessarily want to do anything about it, just want to use it politically. So my approach has been — to the extent that we could and can — to make progress on securing it, but also doing it in a way that’s in accordance with our ethics and our values, not to demonize people.”

Kelly, who was elected to his first full term in office earlier this month, said he continues to talk to his Republican colleagues “about how we have to do more” in border security and  in “comprehensive immigration reform,” including as it applies to so-called “dreamers” migrants who were brought to the U.S. as children. and visa programs.

“If you’re a farmer, especially in Southern Arizona, despite having a ready supply of eager workers, you don’t have the visas available and it’s a problem for them,” he said, adding that his Republican colleagues in states far from the border, including Mississippi, Alabama and Tennessee, have the same problem.

“Our country would really benefit from stronger border security and comprehensive immigration reform,” he said. “We still have a situation where a lot of Democrats don’t really understand it and a lot of Republicans just want to talk about it and use it for political purposes.”

“But I’ll tell you what, I think there are enough of us who understand it and want to accomplish something,” he added.

Kelly’s comments come after a record-breaking number of illegal border crossings last fiscal year, with more than 2.76 million encounters at the border.

Texas governor Greg Abbott has spent months sending busloads of migrants to sanctuary cities up north, including Washington, D.C., New York and Chicago, to draw attention to the crisis at the border. Last week he announced the first migrant bus from Texas to Philadelphia.

“Since April, Texas’ busing strategy has successfully provided much-needed relief to our border communities overwhelmed by the historic influx of migrants caused by President Biden’s reckless open border policies,” Abbott said in a statement. “Until the Biden Administration does its job and provides Texans and the American people with sustainable border security, Texas will continue doing more than any other state in the nation’s history to defend against an invasion along the border, including adding more sanctuary cities like Philadelphia as drop-off locations for our busing strategy.”