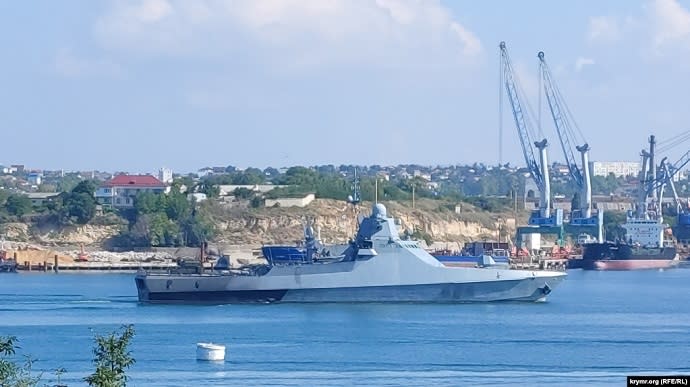 In the morning of 5 August a partly burned ship belonging to the Black Sea Fleet entered a bay in occupied Sevastopol.

Details: According to a “Radio Svoboda” reporter in the Crimea, at approximately 09:15 a Project 22160 patrol ship (the same type as the “Vasilii Bykov”) belonging to Russia’s Black Sea Fleet entered Sevastopol Bay. Its starboard side was burned in the stern area. A green army rocket launcher was also noticed on its stern. With the assistance of tow boats it docked off Kurinaya Wharf at 09:30.

On 4 August H I Sutton, a naval expert, reported that a Russian ship near occupied Sevastopol had begun to release a smokescreen and was then enveloped in dark smoke. In Sutton’s opinion, the Russians were trying to camouflage the ship but it was nevertheless hit by a Ukrainian missile, which was why it was wrapped in smoke.