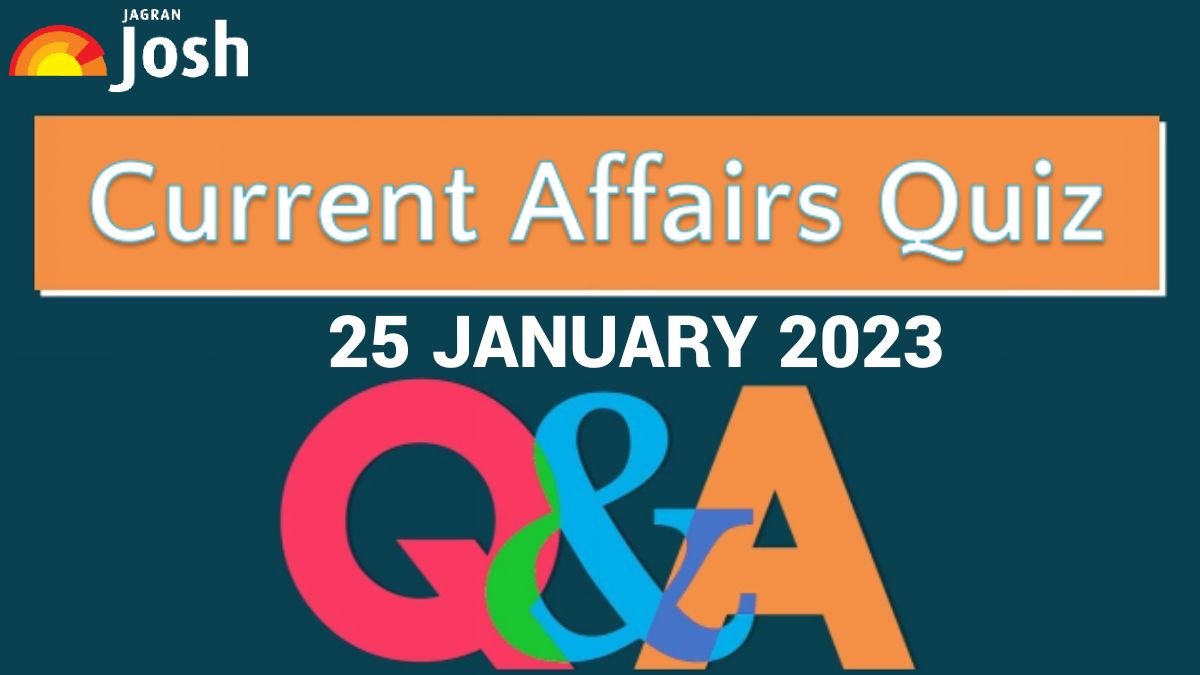 1. What is the theme of National Voters’ Day this year?

2. The first India Stack Developer Conference will be held in which state/UT?

3. Which Indian movie has been nominated for the Best Documentary Short in Oscar Awards 2023?

(a). All that Breathe

(b). The Elephant Whisperers

4. Who has been sworn in as the 41st Prime Minister of New Zealand?

5. Which Ministry is going to organize Six-day mega event Bharat Parv at Red Fort in Delhi?

6. How many personnel have been awarded the Fire Service, Home Guard, and Civil Defence Medal on Republic Day 2023?

7. Prasar Bharti has recently signed an MoU to facilitate content exchange between national media authorities of which country?

On January 25, 2023, the Election Commission of India will observe the 13th National Voters’ Day. This year’s NVD theme, ‘Nothing Like Voting, I Vote for Sure,’ is devoted to voters and reflects individuals’ feelings and aspirations towards involvement in the democratic process through the power of their vote. The logo is intended to convey the festiveness and inclusiveness of the voting process.

The first India Stack Developer Conference will be hosted in New Delhi on January 25, 2023. The conference will focus on strategies and techniques to increase global acceptance of India’s digital goods. Over 100 digital leaders from industry, government, start-ups and unicorns, and academia will attend the conference. G20 delegates and the G20 Secretariat have also been invited to the Conference.

3. (b). The Elephant Whisperers

The Oscar nominations were announced on January 24, 2023, and India received three nominations for the 95th Academy Awards. The Elephant Whisperers, a 41-minute short by Kartiki Gonsalves, was also nominated for Best Documentary Short. SS Rajamouli’s RRR received only one nomination in the Best Original Song category for “Naatu Naatu,” despite the fact that it has a big fan base in the United States. The film did not receive nominations for Best Picture or Best Director. All That Breathes by Shaunak Sen was nominated for Best Documentary Feature Film.

Chris Hipkins was sworn in as the 41st Prime Minister of New Zealand in Wellington by the country’s governor-general, Cindy Kiro on January 25, 2023. Chris Hipkins stated after formally assuming office that this was the greatest honor and responsibility of his life, and he was looking forward to the challenges ahead. Jacinda Ardern resigned as Prime Minister of New Zealand last week.

As part of the Republic Day celebrations, the six-day mega event Bharat Parv will be held at the Red Fort in Delhi from the 26th to the 31st of this month. According to the Union Tourism Ministry, some of the top Republic Day Parade tableaux will be displayed throughout the event. There will also be cultural performances by Zonal Cultural Centres as well as cultural troupes from States and Union Territories, a pan-India Food Court, and a Crafts Bazaar with 65 crafts vendors.

Prasar Bharati and the National Media Authority of Egypt inked an MoU to promote content sharing, capacity building, and co-productions on January 25, 2023. The agreement was signed by Anurag Singh Thakur, Minister of Information and Broadcasting, and Sameh Hassan Shoukry, Minister of Foreign Affairs, Government of Egypt. The agreements were signed in New Delhi in the presence of Prime Minister Narendra Modi and Egyptian President Abdel Fattah El-Sisi.