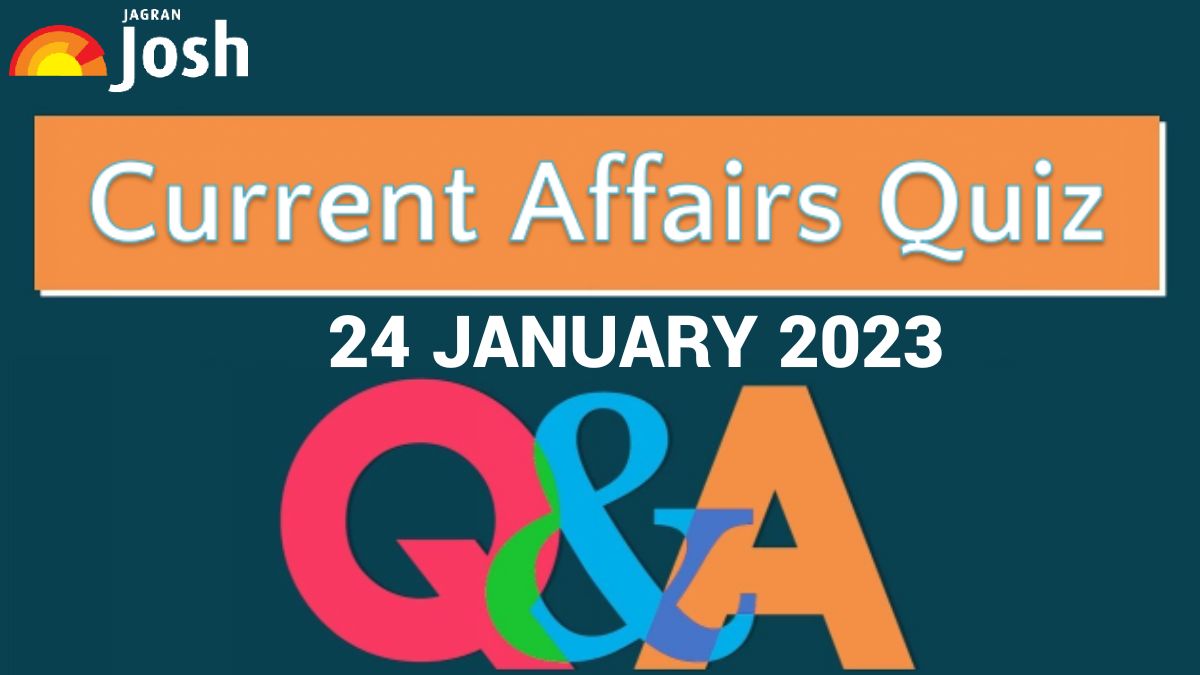 1. When is International Education Day celebrated?

2. Who will be the chief guest at the 74th Republic Day function of India?

3. The Indian Army launched a joint training exercise Cyclone-1 with which country?

4. Who has won the India Open 2023 Male Singles title in the badminton championship recently?

5. India’s first Made In India mobile operating system “BharOS” has been successfully tested in which IIT institution?

6. How many students have been awarded the Pradhan Mantri Rashtriya Bal Puraskar?

7. Which state is celebrating its foundation day today?

The International Day of Education is on January 24th, 2023. On this day, UNESCO began commemorating the relevance and function of education in promoting peace and prosperity. As it is thought that comprehensive, equitable quality education and lifetime opportunities for everyone are necessary for attaining gender equality and ending the cycle of poverty.

Egypt’s President, Abdel Fattah El-Sisi, will arrive in New Delhi on January 24, 2023, on a three-day visit. On India’s 74th Republic Day, President Sisi will be the Chief Guest. He will be joined by a high-level group comprised of five Ministers and senior government officials. The President of Egypt has been invited as the Chief Guest on Republic Day for the first time. The Egyptian Army will also send a contingent to the Republic Day parade.

The first-ever combined exercise between the Indian Army’s special forces and the Egyptian Army, dubbed “Exercise Cyclone-I,” has been underway at Jaisalmer, Rajasthan, since January 14, 2023. The exercise intends to strengthen bilateral defense cooperation by focusing on the exchange of professional skills and interoperability of Special Forces in a desert environment while conducting counter-terrorism, reconnaissance, raids, and other special operations.

Union Minister for Women and Child Development Smriti Irani met with this year’s Pradhan Mantri Rashtriya Bal Puraskar awardee children and their parents in New Delhi on January 24, 2023. The prizes were given to 11 youngsters for their outstanding achievements in six categories: art, culture, bravery, innovation, social service, and sports. Six boys and five girls from 11 states and union territories received awards. Each awardee got a medal, a one lakh rupee cash prize, and a certificate from the President.

Uttar Pradesh is celebrating its founding day today, January 24, 2023. Since 2018, the state’s foundation day on January 24 has been honored for three days with the involvement of all government ministries. The major subject of the ‘Uttar Pradesh Day’ 2023 is ‘Investment and Employment’ this year. The statewide activities will take place today until January 26.