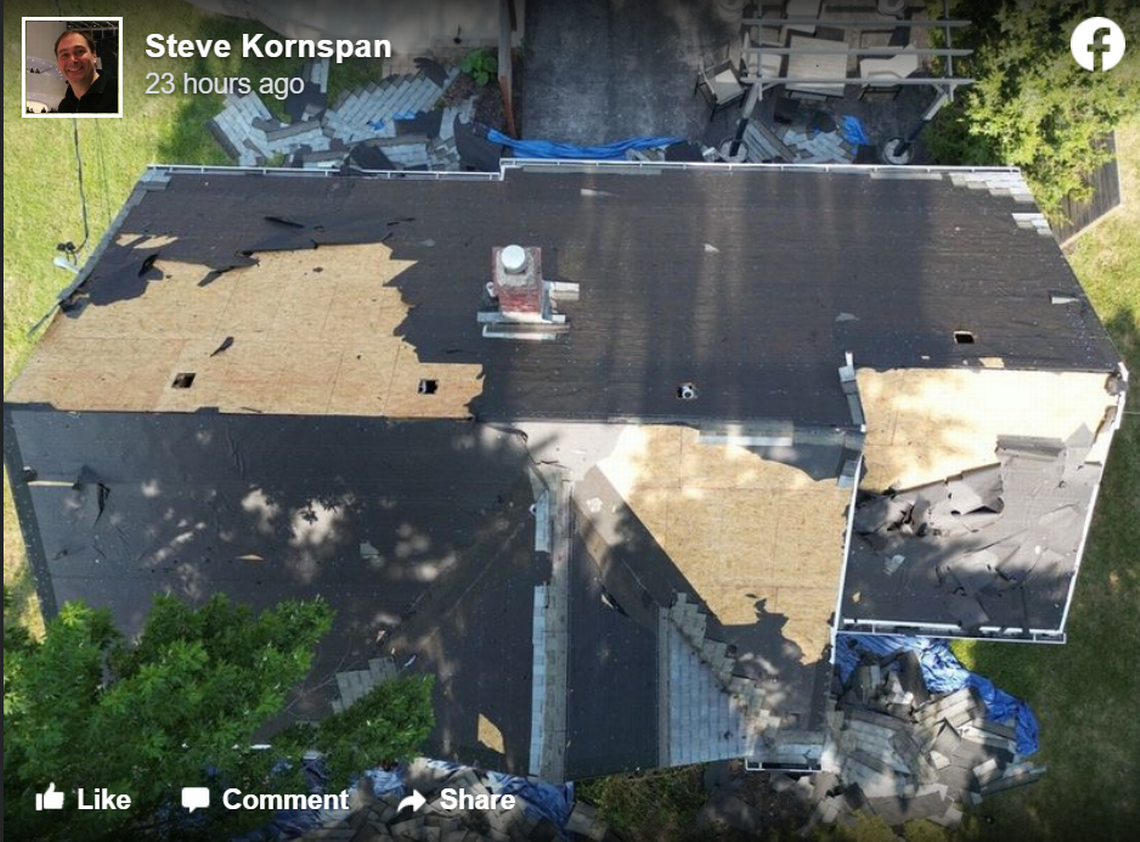 A crew of contractors “tore the entire roof off” a Kansas home before disappearing — as they were at the wrong place, according to the homeowner.

The Overland Park man believes the workers left “when they realized it was the wrong house.” He took to Nextdoor and Facebook in hopes of finding out who was actually supposed to get their roof replaced the morning of Tuesday, Aug. 2.

In the meantime, Steve Kornspan says he has contacted police and his insurance company. He also now has his own roofer working on his home.

Police are unsure if there was damage to the inside of the home, but rain is expected to hit Aug. 3.

McClatchy News reached out to Kornspan for additional information on Aug. 3 and was awaiting a response.

Overland Park is about 10 miles southwest of downtown Kansas City.