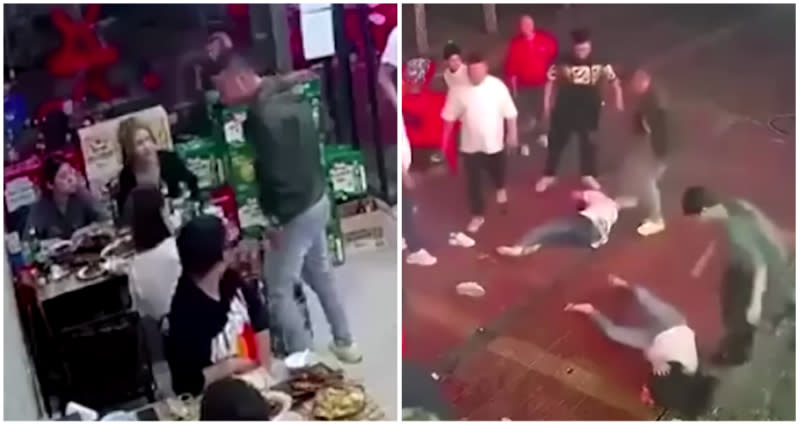 The main perpetrator involved in the brutal assault on four women at a restaurant in Tangshan, China, has been sentenced to 24 years in prison.

On Friday, the Guangyang District People’s Court in Langfang, Hebei province, determined Chen Jizhi, 41, to be the ringleader of a gang that has conducted criminal activities since 2012.

Chen and four other men were caught on camera violently beating four women at a barbecue restaurant in Tangshan on June 10 after one of the woman rejected his sexual proposal. In CCTV footage that previously made international headlines, a woman can be seen being dragged by her hair, hit with bottles and repeatedly kicked in the head by a group of assailants.

Chen was found guilty of eight charges relating to the attack and other criminal activities that were uncovered by the police during their investigation. He was convicted of multiple charges, including picking quarrels and provoking trouble, intentional injury, robbery and running gambling operations.

More from NextShark: The Philippines Shuts Down Their Largest Media Network ABS-CBN

He was fined 320,000 yuan (approximately $45,000), according to reports. In addition, he and six others who were arrested were ordered to reimburse the victims’ medical treatments arising from the Tangshan attack.

Two of the victims suffered “second-degree minor injuries,” while the other two women had “slight injuries,” according to the Hebei court.

More from NextShark: ‘Loveboat, Taipei’ Dives Into the Real-Life Cruise Where College Students Go to Hookup and Learn Chinese

“[The group] organized for evil, oppressed the people, disrupted the order of local economy and social life, and caused detrimental social impact,” the court statement read.

Last month, authorities said they were also investigating 15 officials for corruption involving “evil organizations” associated with the attackers. There were eight civil servants, including the head of a district police station in Tangshan, detained on suspicion of accepting bribes and offering protection to the defendants.

The incident has prompted an international discussion of gender-based violence and concerns regarding women’s safety in mainland China despite widespread censorship. The graphic video of the brutal attack became widely shared on social media, causing outrage among netizens who have since spotlighted gender inequality and violence against women in the country.

More from NextShark: ‘Murder Hornets’ From Asia is 2020’s Latest Way to Kill Us