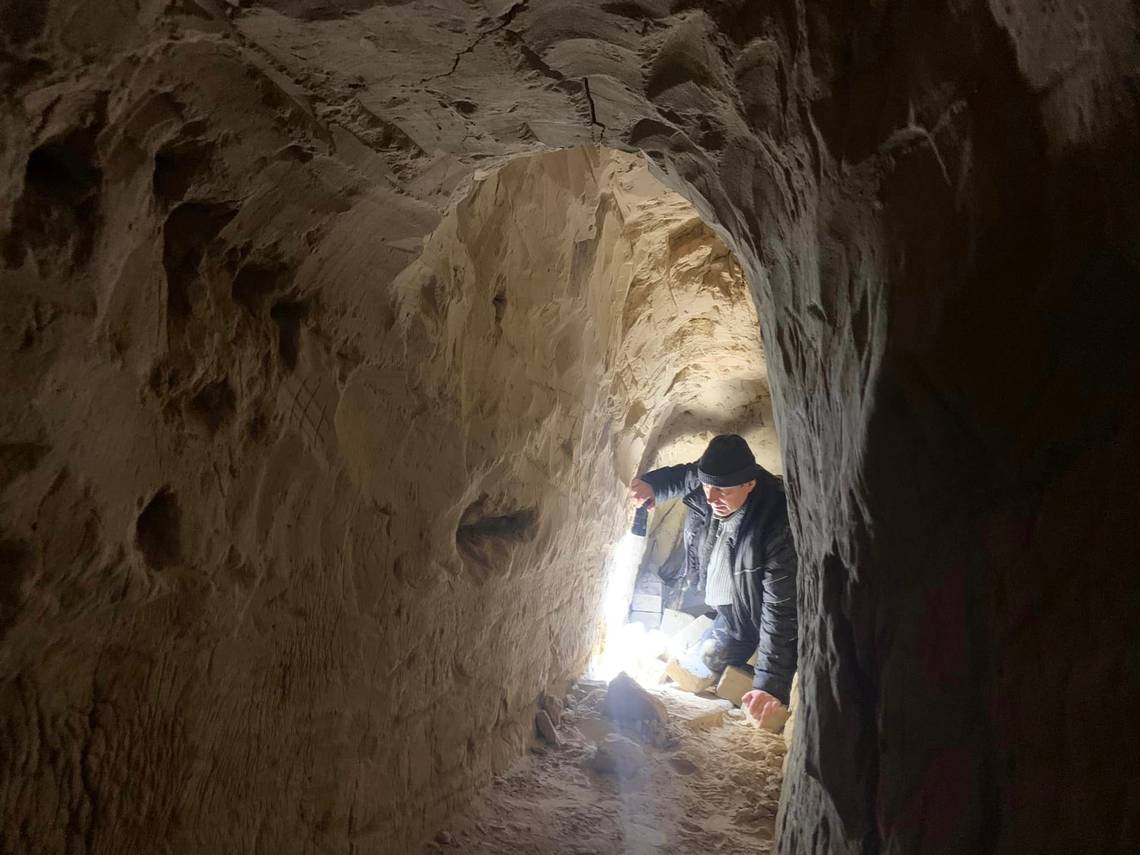 A conservationist in Ukraine discovered an ancient cave complex with Viking carvings behind an abandoned house.

Dmytro Perov, a conservationist at the Center for Urban Development in Kyiv, grew up hearing stories about an ancient cave somewhere on the estate of his great-great-grandmother and her family, he told Life Pravda in a Nov. 7 interview. Perov knew the location of the three-story manor — now a dilapidated, abandoned house — in central Kyiv.

Perov decided to investigate, he told Live Pravda. He went with a few friends to try and find the cave. After searching for half a day, the group finally found a hole hidden behind a crumbling wall of the abandoned house.

The cave complex — now named Ascension Caves — had four caves, but only two have been explored, Perov told McClatchy News on Monday, Nov. 21. The Institute of Archeology of the National Academy of Sciences of Ukraine conducted an excavation of the cave.

The excavation found ceramic fragments from 600 to 900 A.D., the time of the early Kyivan Rus, Perov said.

Excavations of the Ascension Cave complex also discovered multiple Viking carvings, Perov wrote on Facebook. Carvings of animals decorate the walls. One carving, referred to as a chicken paw, is an ancient Viking symbol of protection, charm and life.

These ancient symbols were carved into the walls of homes and considered talismans, tokens for good luck, Perov said.

Archeologist Timur Bobrovsky who excavated the caves told Life Pravda that the complex may have been used as a shelter during military turmoil and a dungeon.

The fate of the ancient cave complex remains precarious and unresolved, Perov said. The Kyiv City Council has delayed plans to use the land for redevelopment, Suspilne reported.

“The public is actively opposing the destruction of the historical site,” Perov said, but “the Kyiv City Council is planning to discuss this issue on Thursday, Nov. 24.” That meeting may determine the fate of the caves.

Viking-age swords — stabbed into a burial mound 1,200 years ago — uncovered in Sweden