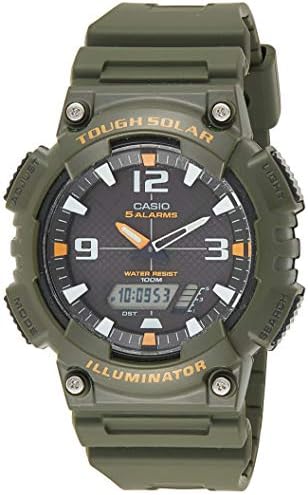 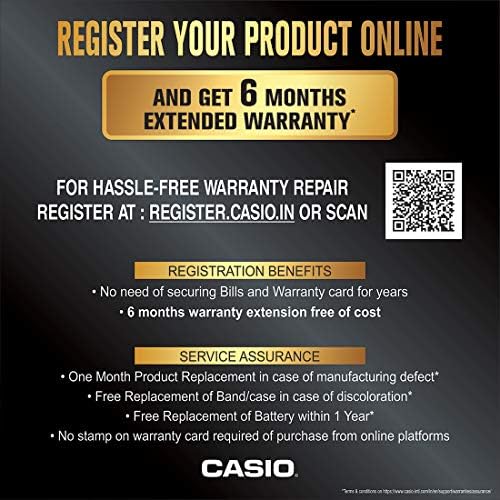 []
Born from a dream of “creating a watch that never breaks.” It was over 30 years ago, a CASIO engineer won the battle against the laws of nature. He designed a watch that would resist centrifugal and impact forces, as well as high water pressure. Since then, the name G-SHOCK has become a byword for independence and pushing the limits. G-SHOCK watches are the most durable digital and analog-digital watches in the industry, trusted by military personnel, law enforcement, surfers and outdoor enthusiasts around the world. Along with this, G-SHOCK is highly touted in the fashion world, worn by icons in hip-hop, sports, and design. With limited edition collaborations being released often, you can always find a G-SHOCK that matches your personality and style.
Pastic
Made in the USA or Imported
100 M Water Resistance
Casio watch featuring Shock resistance – Tough Solar Power with battery indicator, and power-saving function. Approximate battery life: 10 months on rechargeable battery (operation period with normal use without exposure to light after charge) 23 months on rechargeable battery (operation period when stored in total darkness with the power save function on after full charge)
World Time (31 Time Zones / 48 Cities with coordinated Universal Time) – Daylight saving on/off & Home city/World Time city swapping)
1/100 Second Stopwatch (Measuring Capacity: 59’59.99″)
2 Countdown timers, which can be used during interval training, alternating between two different paces)