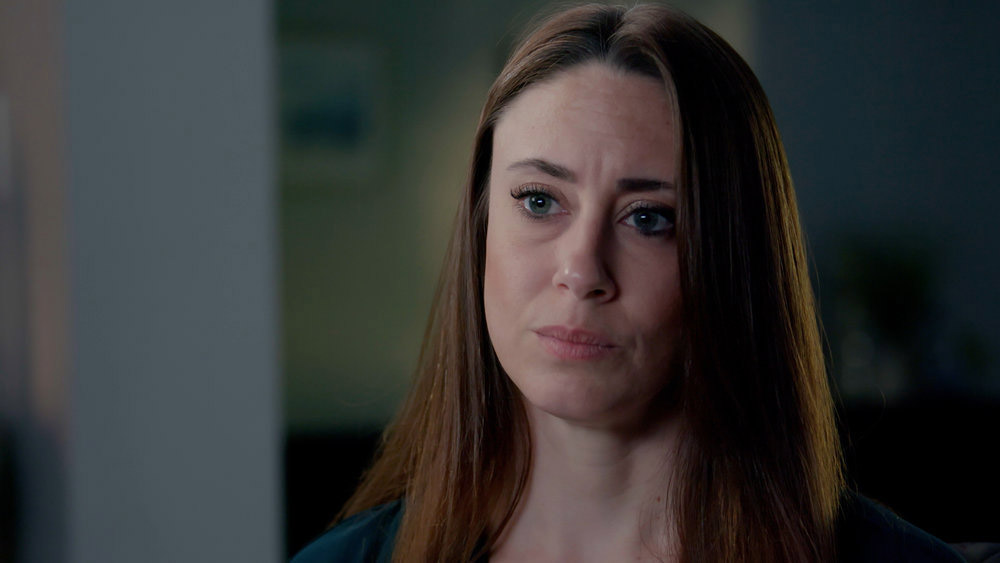 It’s been more than a decade since Casey Anthony’s name dominated headlines around the country. Now, she is finally speaking out in her first on-camera interview since she was famously acquitted in 2011 of charges of murder, manslaughter and child abuse following the death of her 2-year-old daughter, Caylee.

“Casey Anthony: Where the Truth Lies,” a three-part limited docuseries, premiered Nov. 29 on Peacock. Peacock is owned by NBCUniversal, the parent company of NBC News.

In the series, Anthony maintains some of the same claims her legal team made in her defense all those years ago — including that she was sexually abused by her father, George Anthony, and that he lied to cover up Caylee’s death. George Anthony previously denied both of those claims in court.

Caylee was last seen on June 16, 2008, investigators have said. Cindy Anthony, Caylee’s grandmother, reported the child missing on July 15, 2008 — 31 days later. The next day, police arrested Casey Anthony on child neglect charges. At the time, she told investigators the toddler had been taken by a babysitter.

Six months later, Caylee’s skeletal remains were found less than a mile away from her grandparents’ Orlando home.

In her bombshell interview with Alexandra Dean, showrunner and director, Casey Anthony makes several other revelations.

She lied to investigators

Anthony was eventually convicted of four misdemeanor counts of lying to investigators who were looking into her child’s 2008 disappearance.

She incorrectly told investigators her daughter had disappeared with a babysitter, whom she later said did not exist, and said that she worked at Universal Studios in Orlando when she did not.

In an attempt to explain why she had lied, Anthony said it stemmed from being abused as a child and still following her father’s instructions — even after seeing her daughter’s limp body.

“I lied to everyone because that was my whole life up until that point,” she said in the series. “Acting like everything’s OK but knowing nothing was OK. I’ve had years of therapy and I’m trying to analyze my own behavior and explain my own behavior, all of this is a reaction of trauma.”

“I made myself look crazy. And gave law enforcement absolutely no reason to believe or trust anything that I said,” she continued.

“I get why from an outside perspective all of this seems so …” she trailed off. “Because even for me, it still feels that way. As far as I am concerned, there’s no justifying my actions or behavior, except to say that I was doing what I was conditioned to do.”

She alleges she was abused by her father

In the documentary, Anthony reiterated her previous allegations that her father abused her between the ages of 8 and 12, which her father denied.

George Anthony declined to be interviewed for the Peacock series. He did not respond to multiple requests for comment by TODAY.com.

In the documentary, Anthony said her family also asked her to hide that she was pregnant at the age of 18.

She said she was raped at a house party after being drugged.

“(I) had a couple beers, completely lost my memory because I was drugged,” she said. “I woke up with my top on, my jeans on the floor with my underwear, and my bra still inside of my shirt but up over my breasts.”

She added she was “lethargic” and “extremely disoriented” from the drugs and “could feel like (she’d) had forcible sex.”

She said she initially claimed the baby was her ex-boyfriend’s but he eventually got a paternity test and discovered he wasn’t the father.

“I lied to everyone,” she said. “That’s what i’m saying, it’s so f—-d up, it’s just years of feeling like I needed to live a certain life or show people I lived a certain life, because I didn’t want people to pity me and I didn’t want my kid to grow up thinking she was the product of something so bad and that I didn’t want her.”

What she remembers about that fateful morning: ‘It’s not much’

Anthony recounted the morning her daughter likely died for the cameras. She said that morning she woke up to make her daughter breakfast but “wasn’t feeling that great.” She went back to bed, turned on the TV and Caylee laid in bed with her.

“I’ve been a light sleeper my entire life,” she said in the documentary. “Because I’m used to someone opening the door while I’m asleep. I am used to being on alert, especially with my child next to me. It’s part of the reason she slept in bed with me so much.”

She said she knew her dad was home but she fell asleep and “was asleep for a while.”

The next thing she remembers, she said, is her father shaking her, asking where Caylee was. She said it “didn’t make sense” to her because she thought her toddler had been next to her in the bed.

Anthony added that her daughter “would never even leave my room without telling me, even if she had to go to the bathroom.”

“She knew she wasn’t allowed to just be in the house by herself,” she said.

“She’s soaking wet,” she said, tearfully. “I can see him standing there with her in his arms and handing her to me and telling me that it’s my fault. That I did that. That I caused that.”

She said she “collapsed” with Caylee’s body in her arms, which felt “heavy” and “cold.”

Instead of calling 911 or trying to revive Caylee, Anthony said her father took Caylee and told her it was “going to be OK.”

Anthony said she understands people will question why she didn’t call 911 or waited to tell her mom.

“I know people are going to question why didn’t I make a phone call, why didn’t I call 911, why did even I wait to tell my mom anything, but I didn’t tell her anything, why lie?” she said. “Knowing that I failed to protect my child and I kept failing her even after that. I failed her again and again and again. Because I still protected the person who hurt me.

“It was like I was brainwashed. And it wasn’t until much later that I started to really realize why,” she said. “It’s like I had Stockholm syndrome.”

Anthony believed her daughter was OK until her body was found

“During the 31 days, I genuinely believed that Caylee was still alive. My father kept telling me that Caylee was still OK,” she recounted in the new docuseries. “There were no threats, I just knew that I had to do what he wanted me to, the same reason I knew that since the time I was 8 years old. Just do what he wants, it worked before, do it now. I did what I needed to do to survive.”

She added that her father would tell her Caylee was “fine” and to just “keep doing what I’m telling you to do … You guys will be reunited soon. That’s what sticks with me — he told me at one point we would be reunited soon.”

Anthony said that she was “conditioned” by her father and wanted to believe her daughter was alive.

“I really wanted to believe him, and maybe that’s the disassociation. Maybe that’s trying to protect myself from the pain of having known deep down, all along, that something happened and I didn’t want to confront it,” she said. “I wish it were a simple answer and a simple explanation but nothing about trauma or abuse is ever simple because you’re just trying to survive.

“That whole time he told me she was going to be OK. It’s what I chose to accept, because there was that little girl inside of me that wanted to believe he wouldn’t hurt her the way he hurt me.”

Anthony says she still doesn’t know ‘what the truth is’

Anthony never outright said in the new Peacock series what she thinks happened that morning and directly says that she doesn’t “know what the truth is.”

“It’s why all of this is so hard. I live with that guilt of feeling like I failed her and didn’t keep her safe and protect her. I’ve always wanted the truth because I’ve lived so long without it,” she said. “But I don’t know if I can handle all of it. I don’t know if it would be better to know or just keep not knowing. Because I don’t know what the truth is. All I know is that something happened.”

In the years since her trial, Anthony has been working for her defense lawyer, Pat McKenna. She also said in the docuseries that she lived at his home with his family following her trial as she got back on her feet.

She said she will always wonder what could have been if she handled her daughter’s death differently.

Like Loading...
Contents hide
1. She lied to investigators
2. She alleges she was abused by her father
3. She alleges Caylee was a product of rape when she was 18
4. What she remembers about that fateful morning: ‘It’s not much’
5. Why she didn’t call 911
6. Anthony believed her daughter was OK until her body was found
7. Anthony says she still doesn’t know ‘what the truth is’
8. What’s next?
8.1. Share this:
8.2. Like this: