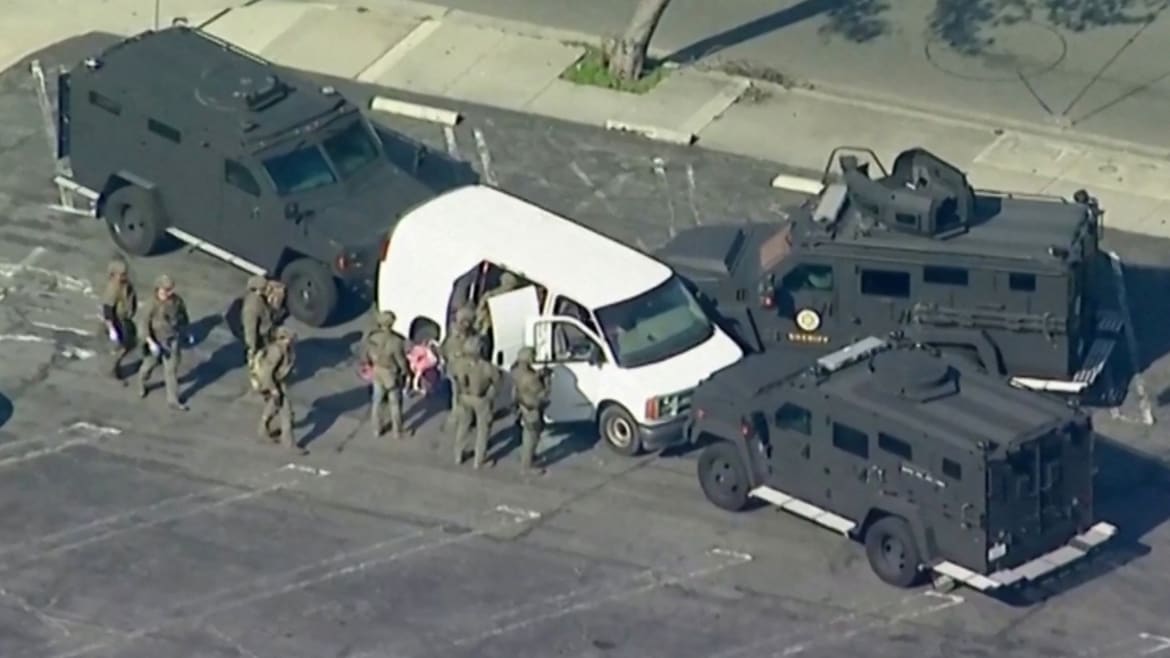 The ex-wife of the suspected gunman who killed 10 people and injured another 10 in a horror shooting at a California dance studio has provided telling insight into her ex-husband’s life as rumors swirl over the possible motive for his actions.

The ex-wife, who spoke to CNN and asked not to be named, said the pair met at the same dance studio he shot up late Saturday night. Huu Can Tran filed for a divorce from her in 2005, which became final a year later.

Her account was verified by her sister, who also spoke to CNN. The Daily Beast has contacted the ex-wife for comment.

Before opening fire at the Star Ballroom Dance Studio in Monterey Park, Tran, a 72-year-old Chinese immigrant, was a regular, even providing “informal” lessons at the venue. It remains unclear if he had visited at all in recent years.

The pair met two decades ago at a dance where Tran introduced himself and offered to teach her for free. They married soon after. He wasn’t violent, she said, though he “was quick to anger.”

This manifested in various ways—including while they were dancing. If she took a wrong step, he would occasionally blow up, she claimed.

Tran’s affiliation with the dance hall was also backed by a “long-time acquaintance,” who also wished to remain anonymous, and who told CNN he would make the 5-minute drive to the dance hall “almost every night.” The friend was reportedly a close friend of Tran between the late 2000’s and early 2010’s.

They painted a slightly harsher picture of Tran than the ex-wife, describing how he was “hostile to a lot of people” at the dance studio and that he believed other instructors said “evil things about him.”

The dance studio claims were also verified by Adam Hood, a former tenant of the suspect who told The Daily Beast that while he “didn’t have many friends … He liked to dance in the ballroom, in Star Dance Studio and Lai Lai Studio.”

Tran’s ex-wife also described him as a sometime-truck driver.

Documents obtained by The Daily Beast show that he owned a company starting in 2002 called “Tran’s Trucking, Inc”—though by Aug. 20, 2004, Tran had dissolved the business.

Tran wrote that the venture had been “completely wound up” and “never incurred any known debts or liabilities.”

On Sunday night, Los Angeles County Sheriff Robert Luna confirmed Tran as the suspect in the Monterey Park mass shooting. He was found in a white van with a self-inflicted gunshot in a parking lot in Torrance, California, at 12:52 p.m and pronounced dead at the scene.

Police said they were still trying to determine a motive behind “this extremely tragic event.”

Sheriff Robert Luna said: “We still are not clear on the motive…and that is something we are all extremely… we want to know. We want to know how something this awful can happen.”