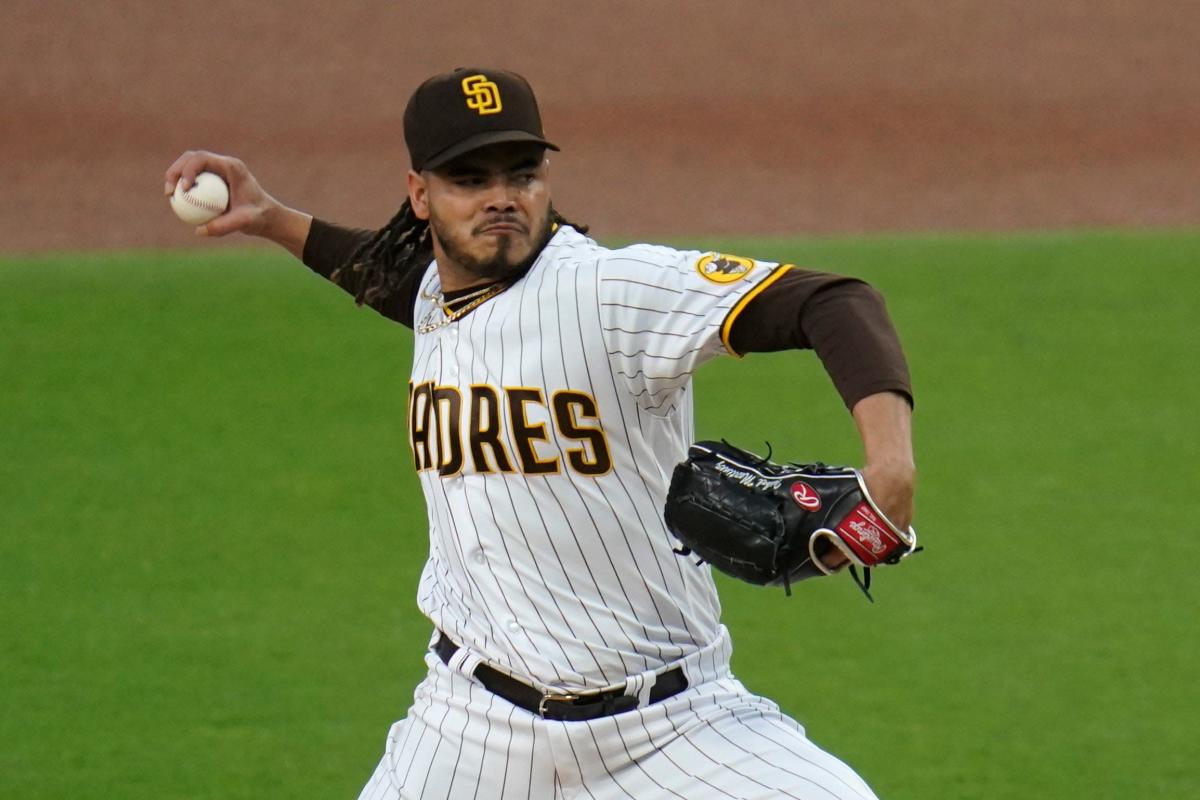 PITTSBURGH – Forty-eight hours after announcing the acquisition of pitcher Dinelson Lamet from the San Diego Padres in the Josh Hader trade, the Milwaukee Brewers designated him for assignment in a flurry of roster moves Wednesday afternoon.

“Dinelson has a good arm and was included in the trade to help balance out the deal,” Brewers president of baseball operations David Stearns said. “As subsequent transactions played out, the roster fit became a little tougher. We are hopeful we will be able to keep him in our system.”

By designating Lamet, 30, for assignment, any other team can claim him and add him to their 40-man roster. If he hits waivers, he may be outrighted by the Brewers to a minor-league roster or released.

Lamet finished fourth in Cy Young Award voting in 2020 but has battled injuries and shaky performance since, pitching to a 5.46 earned run average over 59 ⅓ innings over the last two seasons.

While there was no guarantee he would perform at the level the Brewers needed, having allowed 12 earned runs over his last seven innings, the team had spoken in recent days of their belief in the ability for him to be a key piece of the bullpen.

“I think it was important to us to feel like we were stabilizing our bullpen, understanding how big a piece Josh is to that and has been,” Stearns said Monday about Lamet and Taylor Rogers, the other big-league reliever sent to Milwaukee in the trade. “So to be able to bring back two major-league pieces that fit into that group, I think it’s helpful.”

Said Brewers manager Craig Counsell on Tuesday: “This is a guy that’s been elite in this league. He’s gone through a lot of injuries and he’s gone through some struggles. You’re taking a shot at trying to help him a little bit and getting him back there. But I think you ask any hitter and anybody that’s been on the sidelines watching him pitch when he has been good, and it’s the best slider in baseball when he was good.

“We’ve got to work to get there, but obviously there’s a lot of talent there and we are acquiring a player with a lot of talents and kind of see what happens.”

The reasoning for the DFA, as explained by the Brewers: Lamet had recently cleared the five-year service time threshold, meaning he could refuse a demotion to the minor leagues. Left with a roster crunch, as characterized by Stearns, the Brewers had to clear an active roster spot and saw Lamet as the last guy in the bullpen.

One of the reasons Lamet was included in the return for Hader, a three-time National League reliever of the year, was to help even the amount of salary taken on by both sides.

But if he was going to be a DFA candidate two days later after adding only two more players to the roster – a relatively low number considering the flurry of activity teams undergo at the deadline – the move remains puzzling.

There also remains the question of why Lamet was the player on the active roster chosen as the one to be designated for assignment considering his upside.

Hiura had been one of the team’s better hitters with an OPS of .805 prior to being optioned on July 13 but did not have an optimal fit on the roster as currently constructed. The Brewers instead opted to carry three catchers, an experiment that has now run its course.

Severino missed the season’s first 80 games while suspended for testing positive for a performance-enhancing drug and, even after returning, saw sporadic playing time. He played in eight games, going 4 for 18 at the plate, and struck out as a pinch hitter in a critical spot Tuesday night.

Our subscribers make this reporting possible. Please consider supporting local journalism by subscribing to the Journal Sentinel at jsonline.com/deal.

DOWNLOAD THE APP: Get the latest news, sports and more