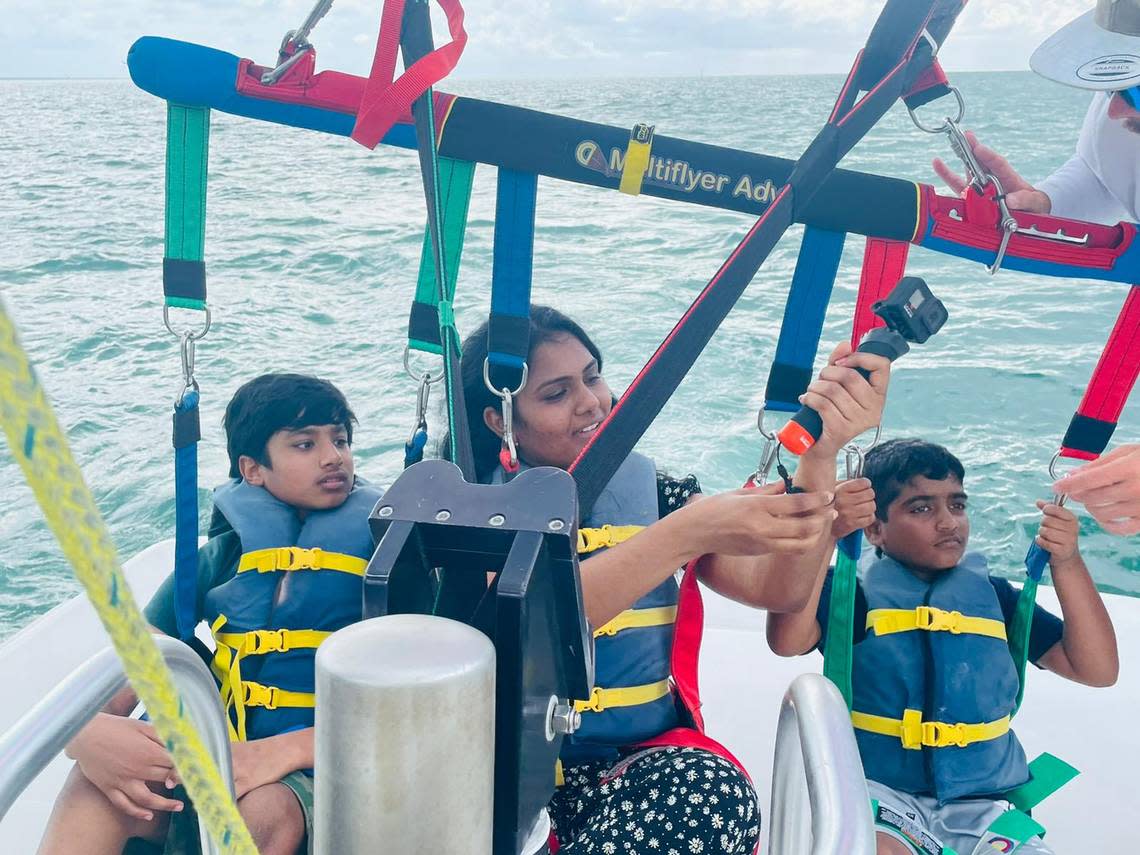 A Florida Keys boat captain who told police he cut a cable tethered to a parasailing rig struggling in a tempest high above the Atlantic Ocean on Memorial Day, sending a young mother and two small children plummeting into the water, was charged Thursday with causing the woman’s death.

Daniel Gavin Couch, 49, was booked into Monroe County jail on one count of manslaughter. He is being held on $100,000 bond.

The woman, 33-year-old Supraja Alaparthi from Schaumburg, Illinois, died after the rig, with her and the children still strapped in, was dragged across the waves by the wind-blown parasail up to two miles, eventually slamming them into the Old Seven Mile Bridge near Pigeon Key in the Middle Keys.

By the time a flats boat guide watching the tragedy unfold rushed his vessel to the family’s aid, Alaparthi was dead.

The two children with Alaparthi — one her 10-year-old son and the other her 9-year-old nephew — suffered “severe and permanent” injuries in the crash, according to a wrongful death lawsuit filed in June by Supraja’s husband against Couch’s employer, Lighthouse Parasail Inc.

According to FWC investigators’ initial report, Couch said he cut the line after the parasail “pegged,” meaning it filled with so much air from a strong wind gust that he feared it would drag the boat.

The Gulf of Mexico and Atlantic Ocean waters that together surround the Seven Mile Bridge were flat and the wind was calm right before Couch took eight members of the family from the boat’s base at Captain Pip’s Marina in the city of Marathon out for what was supposed to be a fun adventure.

But, witnesses, including John Callion, the flats guide who saved the children, said storm clouds were clearly on the horizon.

According to the lawsuit, which was filed in Monroe County court June 28, Couch and his mate sent three other family members up in the parasail rig before it was Alaparthi’s and the boys’ turn.

All the while, the weather was getting worse, according to the civil complaint.

By the time Supraja and the boys were hoisted about 200 feet in the air around 5 p.m., the conditions quickly deteriorated. The crew lost control of the parasail, which “began to sway violently back and forth,” the complaint states.

At this point, Couch and the mate could control neither the boat nor the parasail, and the decision was made to cut the line.

This is a developing story and will be updated as more information becomes available.