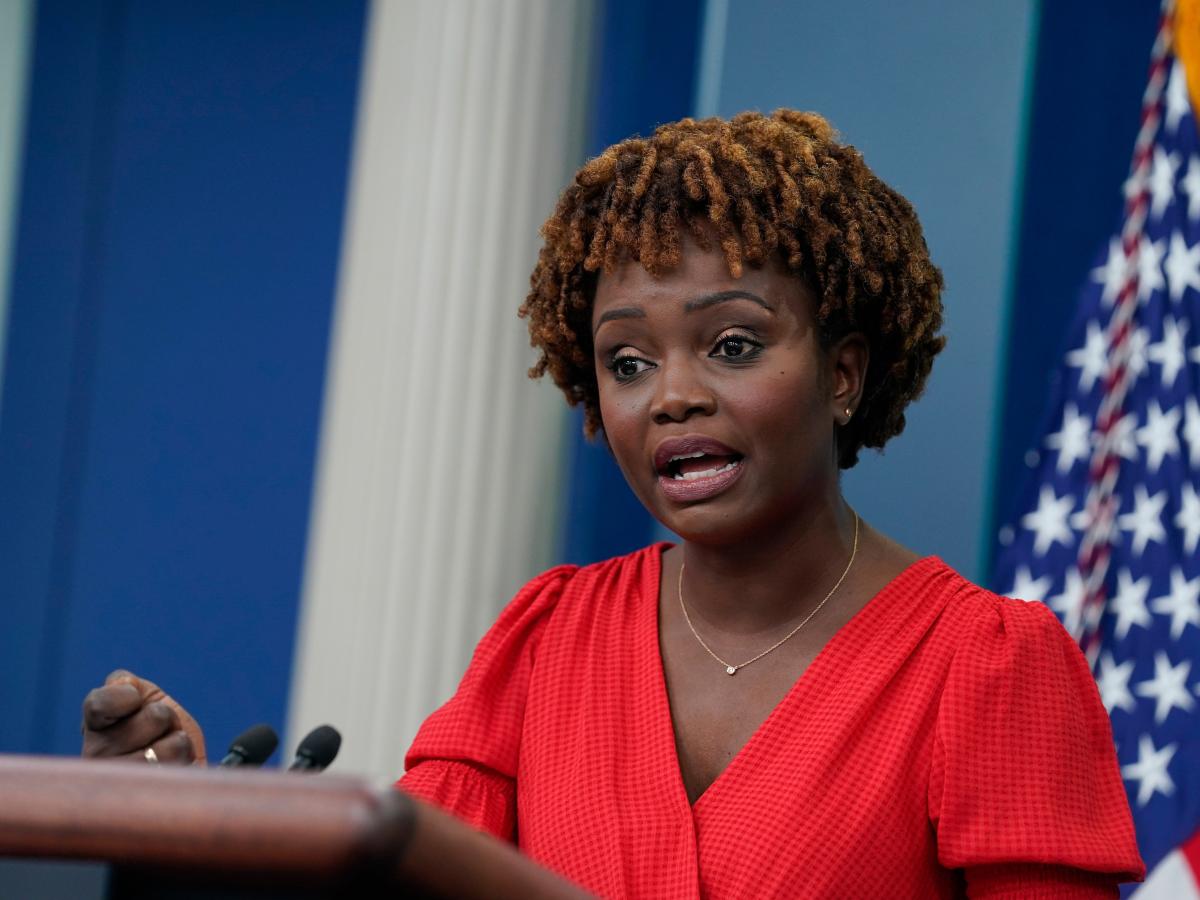 With the potential for broad student-loan relief and an extension of the payment pause, August is a high-stakes month for millions of federal borrowers.

But it appears President Joe Biden isn’t quite yet prepared to announce the relief he’ll deliver.

Biden said last month he would give himself until August 31 to decide on broad student-loan forgiveness, which is also when debt payments are set to resume. He is reportedly considering $10,000 in relief for borrowers making under $150,000 a year, and while Education Secretary Miguel Cardona promised borrowers “ample notice” on any changes to their balances, August is almost halfway through without an update.

White House Press Secretary Karine Jean-Pierre told reporters on Tuesday that Biden is sticking with his “end of August” timeline.

“We’re still at the beginning, getting into the middle of August,” Jean-Pierre said. “So when he’s ready to make that decision, we will let you know.”

She added that “the President understands how student loans can affect a family and how the pressure of that can really be a lot and put a lot of weight on a family’s purse or economic situation. So we understand that. He is going to make his decision on this, and when he has something to say, we will share that.”

But lawmakers on both sides of the aisle have requested information on how the department will execute student-loan relief efficiently, and while the department itself has not confirmed any information, Politico recently obtained a memo outlining detailed plans the department has for implementing debt relief within months after Biden signs off.

Still, it leaves little time for borrowers to financially prepare. Scott Buchanan, the executive director of the Student Loan Servicing Alliance — a trade group that represents federal student-loan servicers — previously told Insider that companies should have been communicating with borrowers “a month ago.”

“And that needs to happen,” he said. “At this point, until the White House gives any different guidance, payments resume on September 1.”

And while Republican lawmakers are doubling down on criticism of broad relief — three of them recently introduced legislation that would block Biden from expansive loan forgiveness — some advocates want the president to use this opportunity to go big and reach as many borrowers as possible.

President of the NAACP Derrick Johnson wrote a letter to Biden in July urging him to not only extend the payment pause, but cancel at least $50,000 in student debt.

“The American people are anxious. Voters are anxious. Your base is anxious. Extending the freeze will only extend the anxiety that millions of Americans feel,” Johnson wrote. “Thus, any extension must be accompanied by meaningful cancellation,” he added. “We urge you to cancel a minimum of $50,000 as Black borrowers – drowning in an average of $53,000 in student debt – have virtually no realistic way to pay it back in today’s unjust economy.”