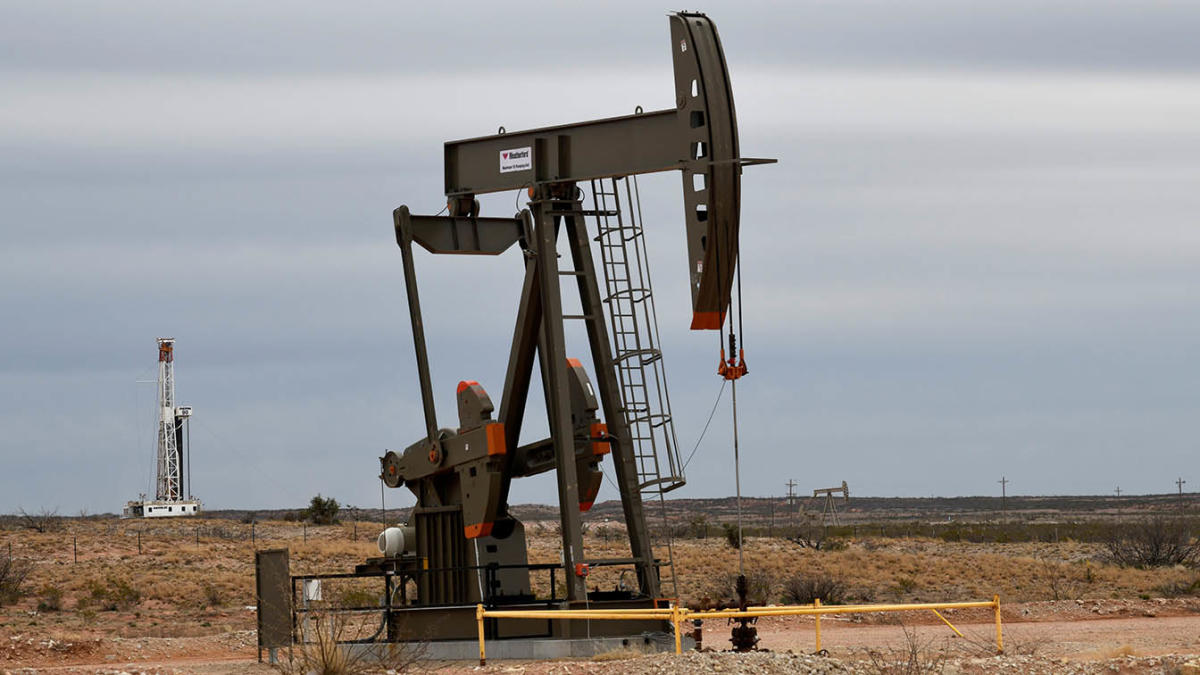 Despite that statistic, Republicans have routinely criticized Biden over his aversion to selling new oil and gas leases on federal land, which, in addition to the halting of construction of the Keystone XL pipeline project, they say resulted in a surge in gasoline prices after Russia invaded Ukraine in February 2022.

“Democrats want to blame surging prices on Russia,” said then-House Minority Leader Rep. Kevin McCarthy, R-Calif., in March 2022. “But the truth is, their out-of-touch policies are why we are here in the first place. Remember what happened on day 1 with one-party rule? The president canceled the Keystone pipeline, and then he stopped new oil and gas leases on federal lands and waters.”

Biden came into office pledging to end federal oil and gas leasing, but he has been forced by court order to hold a few lease auctions. He also agreed to more leasing to win the support of Sen. Joe Manchin, D-W.Va., for the Inflation Reduction Act, which contained $369 billion in spending to reduce U.S. reliance on fossil fuels through subsidies for electric vehicles, solar panels and electric heat pumps, among other climate change initiatives. Still, there have been only six on-shore drilling lease sales since Biden took office, compared to 65 in former President Barack Obama’s first two years in office.

It can take anywhere from two to 10 years from the time a drilling permit is approved by the federal government until oil is actually extracted from the ground, whereas permits on existing leases are connected to nearer-term production. Since spiking in the spring and summer of 2022, gasoline prices have fallen back to levels prior to Russia’s invasion of Ukraine, suggesting that the short-term imbalance between global supply and demand was unrelated to Biden’s longer-term goal of ending new federal oil and gas drilling leases. (In 2021, one-quarter of total U.S. oil production and 12% of U.S. gas production came from federal land.)

Meanwhile, Biden has handed out drilling permits at an even faster pace than his predecessor. The new federal drilling permits are overwhelmingly in the West. Nearly 4,000 of the Biden-era permits are in New Mexico, followed by more than 1,000 in Wyoming, and hundreds each in California, Colorado, Montana, North Dakota and Utah.

Environmental activists are unhappy with the Biden administration for giving the green light to so many drilling permits, arguing that doing so is at odds with the president’s efforts to slash greenhouse gas emissions causing climate change.

“Two years of runaway drilling approvals are a spectacular failure of climate leadership by President Biden and Interior Secretary Deb Haaland,” said Taylor McKinnon of the Center for Biological Diversity in a statement about the permitting data. “Avoiding catastrophic climate change requires phasing out fossil fuel extraction, but instead we’re still racing in the opposite direction.”

In December 2021, the consumer advocacy group Public Citizen found that the BLM was issuing more permits during Biden’s first months in office than Trump did in the same time frame. They also noted that the increase wasn’t merely a result of more drilling permit applications being submitted: The Biden administration approved a larger proportion of permit applications than the Trump administration did.

“Through the end of September, they had approved 98 percent of the permit applications they had processed — 98 percent!” Jesse Prentice-Dunn, policy director at the Center for Western Priorities, told Yahoo News at the time. “During fiscal year 2020, towards the end of the Trump administration, they were approving permits at a clip of 94 percent. If 98 percent approval isn’t a rubber stamp, I don’t know what is.”

The reason for the fast pace of approvals is that the BLM streamlined the permit application process under Trump. Between May 2016 and June 2019, permit application review times dropped from an average of 196 days to 94 days, according to the Government Accountability Office.

“The Biden administration came into office benefiting from standards implemented by the previous administration to improve the efficiency of permitting approvals,” Megan Barnett Bloomgren, a former Department of Interior official, now at the American Petroleum Institute, wrote in a blog post last November. “A running start, if you will.” Bloomgren also noted that the pace of federal drilling permits slowed in 2022, compared to 2021.

Environmentalists submitted a petition to the BLM last May, requesting it issue fewer drilling permits by factoring the effect on climate change into its environmental impact analysis of applications. On the other side, the oil and gas industry wants the agency to allow more drilling.

“America’s oil and natural gas operators continue to work to meet the energy needs of the nation every day, but they need federal policies that support those goals,” said Frank Macchiarola, API senior vice president of policy, economics and regulatory affairs, in an email sent to Yahoo News via a spokesperson.

Caught in the middle is the Bureau of Land Management.

“The BLM has taking [sic] actions that reflect a balanced approach to energy development and management of our nation’s public lands,” said Brian Hires, a spokesperson for the agency, in an email.