An Indiana couple spent 20 years turning a high-school basketball gym into a home. They’re listing it for $299,000, and the agent says ‘it still smells like a gym.’ 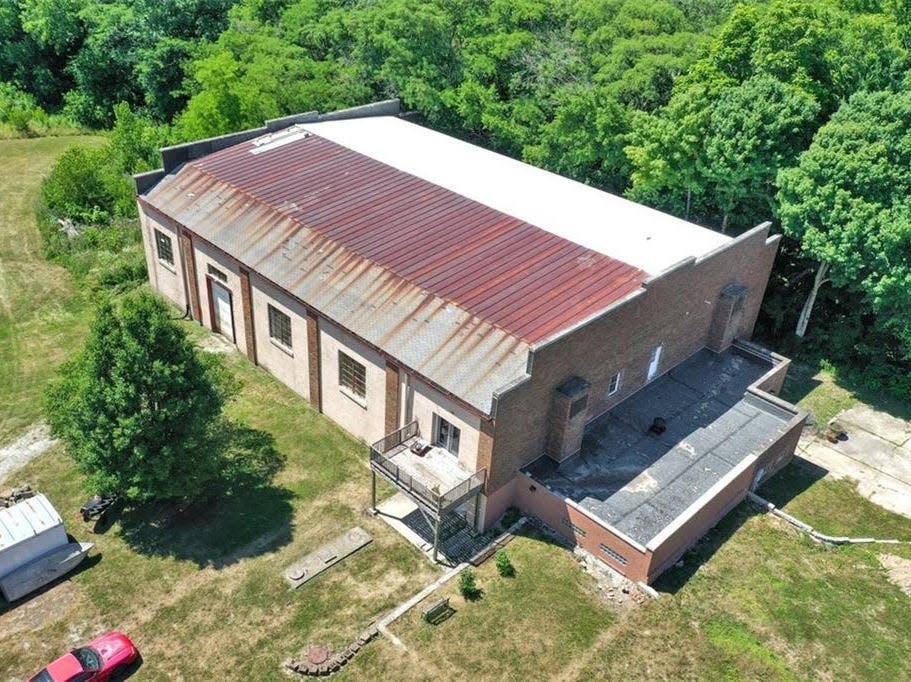 This one’s for you, basketball fans: A high-school gym turned home in Wilkinson, Indiana, is on the market for $299,000.

The gym building, which used to be part of Eastern Hancock High School, sits on a 3.6-acre lot at the edge of the town and comes with half of the original basketball court, per the listing.

The owners of the house are Jeff and Christi Broady, the listing agent Roy Wilson from F.C. Tucker Company told Insider. The Broadys didn’t respond to requests for comment.

This is the first time they are putting the house up for sale since they purchased it in 2002 for $85,000, listing records show.

Houses in Wilkinson, Indiana, have a median listing home price of $199,900, per Realtor.com. There are five single-family homes for sale, with prices ranging from $175,000 to $299,000 — making the former high-school gym the most expensive listing in the area.

After the interior walls were built, the owners were able to create new living spaces, such as a kitchen, bathrooms, and bedrooms, Wilson said. They also added windows and doors that led to the other half of the building, where they kept the original basketball gym.

The owners have been working on converting the interior of the gym since they bought the property 20 years ago.

The gym was constructed decades later, in 1950, Wilson said.

“I sold the gym 20 years ago to the people who are currently selling it, and they’ve been building the house inside the gym ever since,” he said.

The owners did most of the renovation themselves.

“They did the work themselves — he’s in construction,” Wilson said. The couple has been working on the house for two decades, but there are some parts of the property that aren’t completed.

“The wood trim in some places is not finished, but it’s very livable,” Wilson said.

Most of the gym’s original maple flooring can be found throughout the house, and the kitchen floor still has basketball-court lines.

The owners aren’t former students of the school, but Wilson is.

“If you stand in the kitchen, you can stand at the foul line that I stood at many times, and the basketball goal would be directly above the kitchen sink if it were still there,” Wilson said.

There’s a pending offer on the house from a former student, Wilson added: “He didn’t go to that building, but he is a graduate of that same school system.”

There are four bedrooms in the house, including a primary bedroom that overlooks the original gym.

The property used to be zoned for commercial use but is now residential, Wilson said: “Before the current owners bought it, it was a hardware store. And they kept the gym design as well — they just set the shelves on the basketball floor.”

The owners are selling the property because they’re tired of working on the home, Wilson said.

“They’re tired, and their son is moving out of the area to Florida and they’re following him,” he said.

Wilson said he had received four offers thus far. “Not unusual in this market,” he said. “There have been well over 20 showings on it.”

Wilson attributes the buzz around the property in part to the strong emotional attachment from the local community.

The house is located about 40 minutes from Indianapolis. “It’s a basketball-crazy state,” Wilson said. “There’s not a whole lot to do in Indiana in the winter, so people tended to collect around basketball.”

“The coolest thing is more than half of the gym floor is still gym — the original floor, the original bleachers, the original basketball goal,” Wilson added. “I graduated from that gym in 1969. I could tell you where I was sitting.”

There is one thing any prospective buyer should know, though: “It still smells like a gym,” Wilson said.