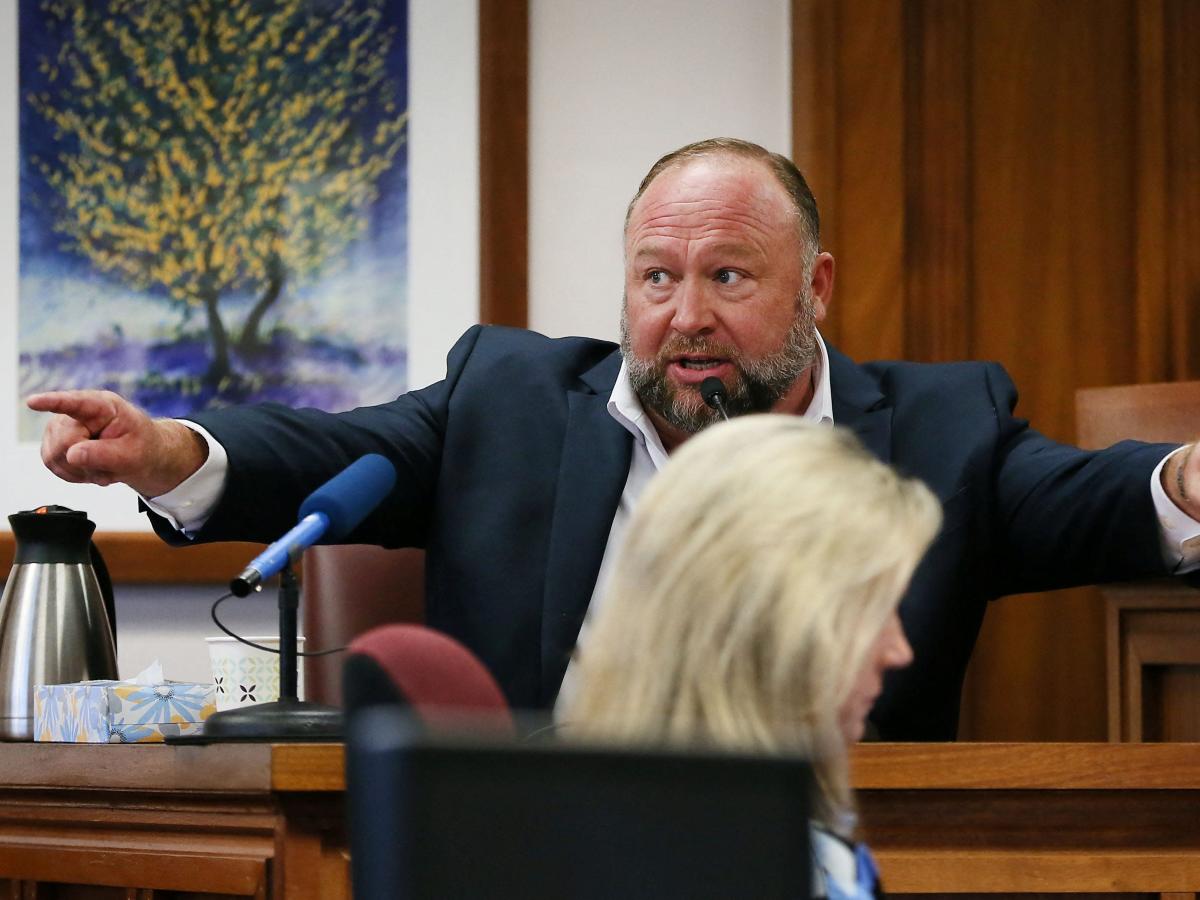 Alex Jones’ defense attorney called for a mistrial in his Sandy Hook defamation damages trial Thursday, in the latest fallout from their side’s own bungling of evidence — a cache of the conspiracy theorist’s private text messages that was accidently sent to opposing counsel last month.

Judge Maya Guerra Gamble turned down the request by Jones lawyer F. Andino Reynal in open court in Travis County, Texas, as the jury in the case continued deliberations behind closed doors.

The plaintiffs, Neil Heslin and Scarlett Lewis, lost their 6-year-old son, Jesse Lewis, in the 2012 school massacre in Newtown, Connecticut, and are seeking $150 million in defamation damages from InfoWars and Jones.

Jones’ accidently-forwarded cache of phone messages included texts discussing the topic at hand — InfoWars’ coverage of the massacre — and so should have been turned over at least half a year ago, argued Mark Bankston, lawyer for Heslin and Lewis.

Bankson told the judge that there was nothing mistrial-worthy about Jones getting questioned on the stand about the phone contents on the previous day.

“You know what perjury is, right?” Bankston had demanded of Jones in dramatic testimony Wednesday, confronting Jones for claiming, during a taped deposition, that he did not have messages relating to Sandy Hook on his phone.

“Jones was merely questioned about facts, and whether he understood those facts,” Bankston told the judge.

Bankston called the motion for a mistrial a “fig leaf over his own malpractice.”

“I don’t think it’s a mistrial based on this,” the judge concluded.

Reynal also filed for an emergency motion to protect the contents of Jones’ phone from being shared by the Heslin-Lewis side with other Sandy Hook families who have sued InfoWars and Jones.

“We are very concerned about the records that have been disclosed, particularly the medical records,” Reynal told Gamble as he asked that the plaintiff attorneys “return” all documents and “destroy” any they have.

Those requests, too, fell flat.

The judge did not oppose the Sandy Hook parents’ lawyer when he told her, “There is a sharing provision” with the other families, “so I’m allowed to give it to them.”