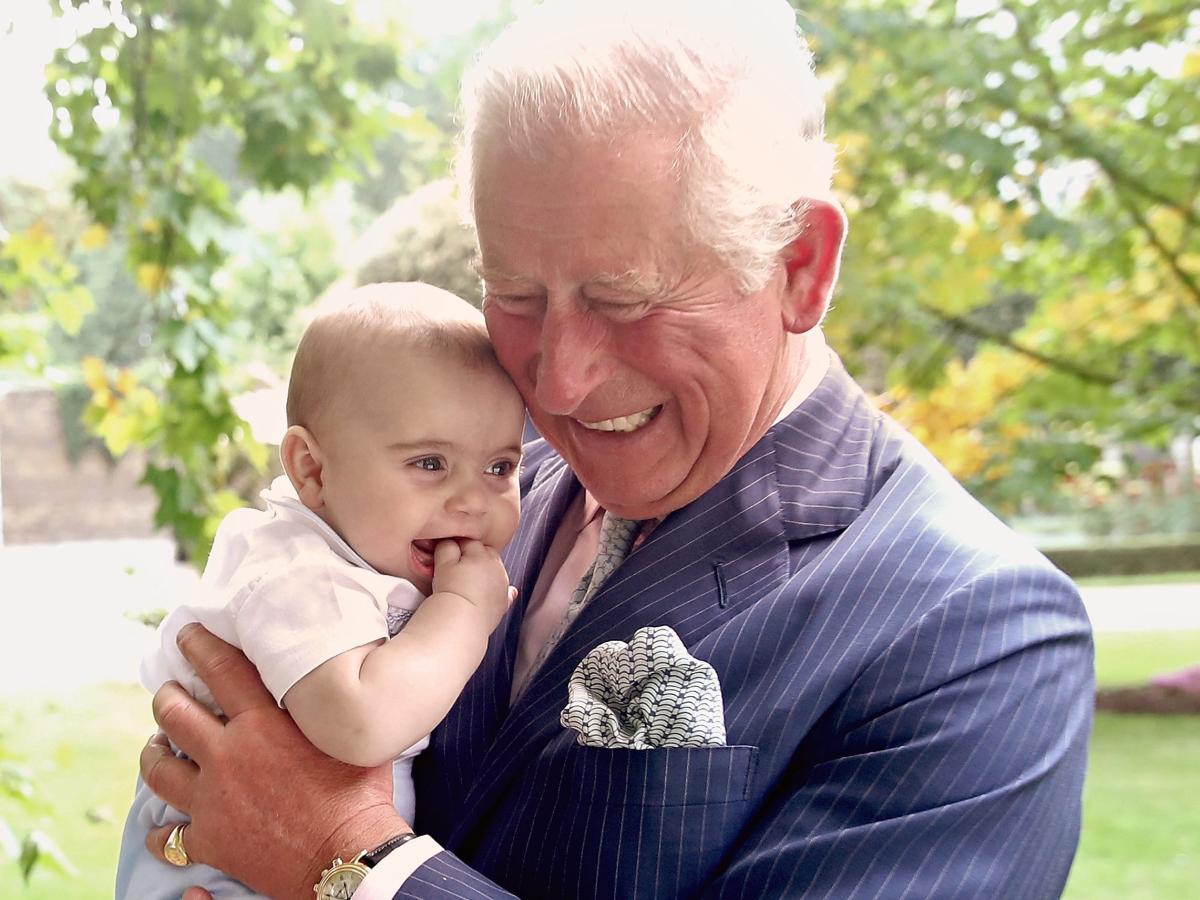 Camilla has five grandchildren from her first marriage. Her son Tom Parker Bowles and his wife Sarah have two kids, Lola and Freddy. Her daughter Laura is married to Harry Lopes and has a daughter Eliza and twin boys, Gus and Louis.

After Prince William and Kate Middleton’s wedding, Charles gave his step-granddaughter Eliza a boost on the balcony of Buckingham Palace.

Eliza was in William and Kate’s wedding party in 2011.

When Prince George was born, Charles collected gifts for his newest grandchild.

At the Whitstable Oyster Festival in Kent in 2013, well-wishers gave him a tiny souvenir shirt for Prince George.

He appeared excited to receive a teddy bear for George at the Sandringham Flower Show in 2013.

Charles kept the teddy bear dry under his umbrella.

As George grew, Charles listened attentively to his toddler musings.

George pointed out into the distance at Trooping the Colour in 2015.

Four generations of the royal family, including Charles and his oldest son and grandson, baked a Christmas pudding together for military veterans in 2018.

“Prince George is clearly in the moment mixing that Christmas pudding,” Chris Jackson, the Getty Images royal photographer who snapped this photo, previously told Insider. “And everyone’s obviously feeling quite relaxed. But, at the same time, this picture has historical connotations because you’ve got the heirs to the throne and the Queen. It was a rare moment to capture all four of them together, looking so relaxed.”

When Prince Louis was a baby, Charles held him close.

Charles held Louis after a family photoshoot in the gardens of Clarence House for his 70th birthday in 2018.

Now that he’s a little more grown up, Charles holds him in his lap.

Prince Louis sat on his grandfather’s lap at the Platinum Pageant on The Mall in June to mark Queen Elizabeth’s platinum jubilee.

Even when the occasional meltdown happens, Charles isn’t phased.

The roar of military planes flying over Buckingham Palace appeared to be too much for 4-year-old Louis at this year’s Trooping the Colour.