A progressive researcher said a conservative pundit twice her age tweeted out her Tinder profile. The replies were ‘gross’ but she turned it into a ‘visual aid’ on online harassment. 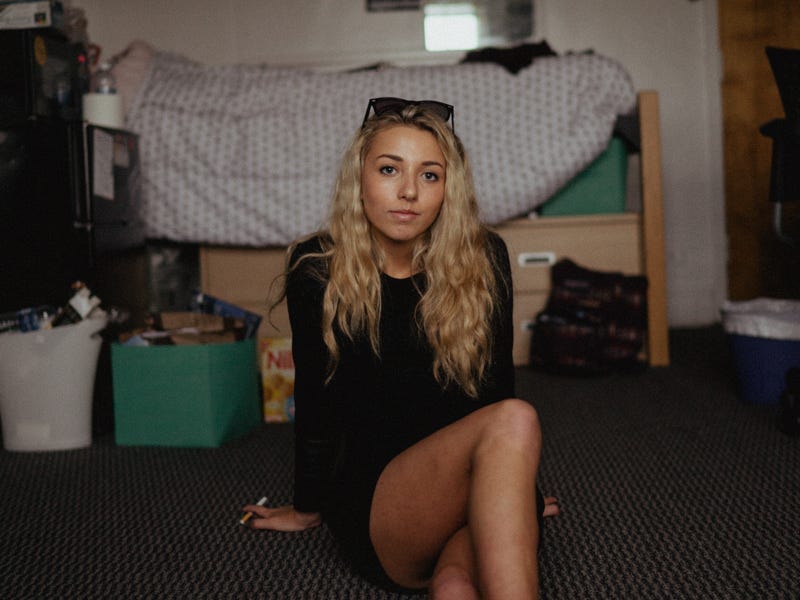 A progressive researcher said she received a wave of online harassment after a conservative pundit twice her age posted her Tinder profile on Twitter. She ended up using the moment to call out online harassment regularly experienced by women in media.

Kat Abughazaleh, a Media Matters researcher who goes by Kat Abu on social media, often posts analyses of FOX’s Tucker Carlson Tonight — a job she said normally elicits a handful of derogatory comments on a daily basis, with the occasional death or rape threat mixed in.

But it got significantly worse when Phil Labonte, a musician and guest on the right-wing “Timcast IRL” podcast, posted her Tinder profile on Twitter unprompted. Labonte, who appears to be in his late 40s, said Tinder was “tryin to hook me up with the Media Matters Tucker Carlson explainer girl.”

He didn’t tag Abughazaleh in the post, but when a friend forwarded it to her, Abughazaleh said she noticed a number of vulgar comments about her.

“I like how she cropped out the feet. She gonna make you pay for feet, ya know,” one comment said.

“Beat that shit up so bad it becomes a Libertarian,” said another.

“Take one for the team, Tate style,” one said, referencing popular misogynist Andrew Tate, who is embroiled in a human trafficking investigation.

In a since-deleted tweet, one person told Labonte to “paint her face and leave her at a cracker barrel,” referencing using one’s penis to smear semen on another person’s face.

Labonte did not respond to Insider’s request for comment.

Harassment of women and minorities in media has gained increased attention in recent years as reporters and newsrooms have drawn attention to the pervasiveness of the issue. In a 2020 survey by the International Center for Journalists, 73% of women in journalism reported experiencing online violence, including threats of physical and sexual violence.

In response to the tweet storm, Abughazaleh made a collage of dozens of the comments to create a “visual aid” of the harassment, saying in a quote tweet that Labonte’s “tweet and the replies are some of the most pathetic things people have ever written about me.”

“Like the comment about ‘paint her face and leave her at Cracker Barrel’ or ‘got to be good pussy,’ or whatever,” Abughazaleh said to Insider. “It was definitely more focused on him having sex with me, and that was the part that really weirded me out — a bunch of these people were encouraging this person they didn’t know to continually pursue someone half his age who was obviously not interested. It was just a very weird dynamic.”

Abughazaleh said she hadn’t used Tinder in months and had limited interactions with Labonte outside of the app in the past.

“He usually just comments underneath my tweets,” she told Insider. “He calls me the Hot Tucker Carlson Stalker Girl. I made that thread about the right-wing dating app, the Right Stuff, and he kept talking about that and all pretty complimentary stuff, but still weird to say about someone half your age.”

On Tinder, Abughazaleh said Labonte “super liked” her, but they “did not match.” Since she called out the harassment from his tweet, she said he hasn’t said anything about it.

“He said nothing,” Abughazaleh said. “He did not tell anyone to stop. He also did not acknowledge after I had posted the collage what had happened.”

She added, “There’s only so much you can do because a lot of these accounts are just random people. There’s a huge new wave of misogyny going on, and I think it’s going to get a lot worse before it gets better.”

“Honestly, I just wanted to make that tweet so that way I could have something to point to before those accounts typically get suspended, and then they make a new one or a new email. I just wanted to have all of that in one place to show this thing that happens.”