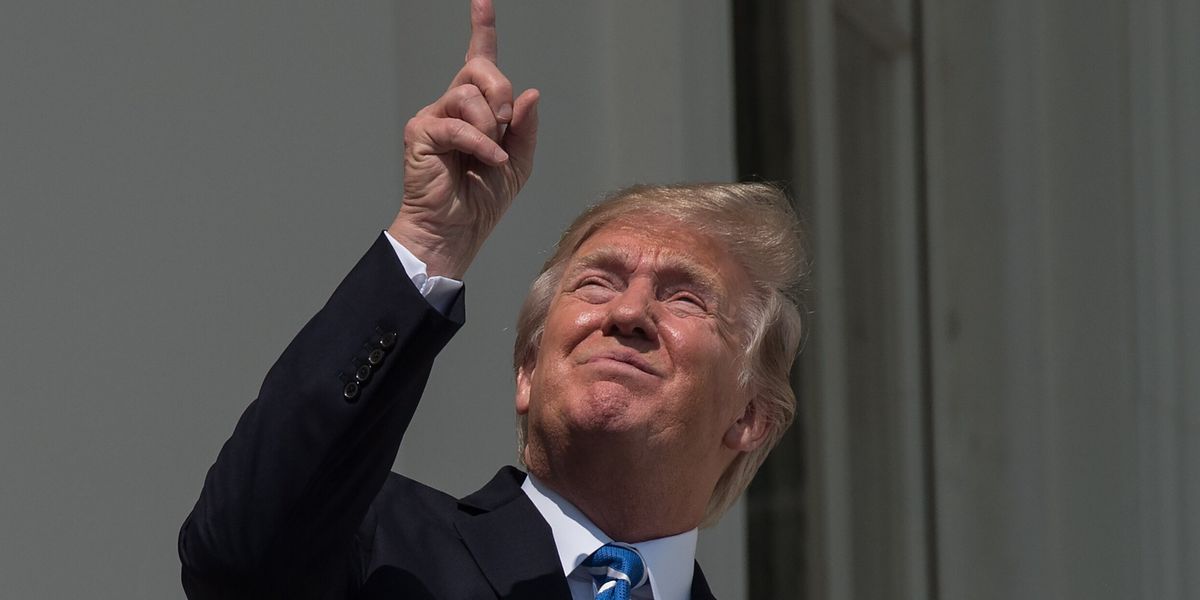 Donald Trump has returned to the news cycle amid a deluge of stories about a dinner meeting he hosted with a white supremacist and Ye, the rapper previously known as Kanye West.

It’s a reminder of the chaotic years of his presidency, as well as a foreboding ― though hopefully instructive ― warning about how he would wield power if elected again.

If past is prologue, let’s take a moment to remember just how unsettling things got during the Trump administration, with this not-even-remotely-exhaustive list of weird and bad stuff he attempted while in office:

U.S. President Donald Trump stares directly at the sun during a partial solar eclipse on Aug. 21, 2017.