3 Mexico forwards will go to Qatar, but not Chicharito 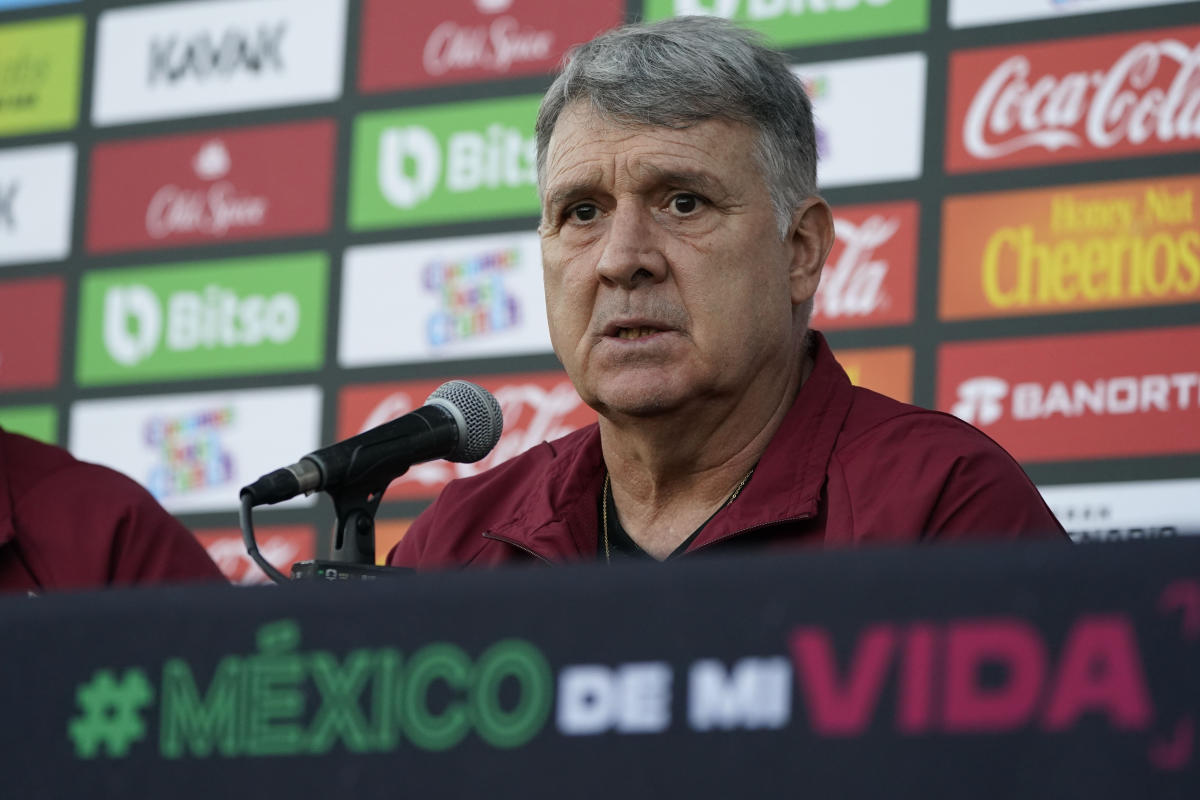 CARSON, Calif. (AP) — Mexico has four center forwards in training for its World Cup warmup matches this week, but El Tri will take only three strikers to Qatar.

And Chicharito will not be in either group, coach Tata Martino confirmed Tuesday night.

Martino ruled out Javier Hernández from an appearance in his fourth World Cup while speaking on the concourse at the stadium Chicharito calls home with the LA Galaxy.

While the 34-year-old Hernández is having a largely outstanding season with his MLS club, Martino is focused on the other four candidates to lead the line when Mexico attempts to break out of a difficult World Cup group. Despite rumors he might choose all four center forwards or recall Chicharito to bolster a team that endured a stretch of poor offense during CONCACAF qualifiers, Martino said he will take only three of the current candidates to Qatar.

“In the case of Chicharito, we are simply going with other forwards,” Martino said. “We will try to choose the 26 players who are closest to our game.”

Those forwards are Raúl Jiménez, Rogelio Funes Mori, Henry Martin and Santiago Gimenez, but not everyone is currently ready to play. Jiménez is working through a groin injury that has kept him out of Wolverhampton’s lineup recently in England, while Funes Mori has been out recently with a muscular injury after a strong start to his season with Liga MX’s Monterrey.

Martino doesn’t expect Jiménez or Funes Mori to play against Peru on Saturday at the Rose Bowl or against Colombia in California’s Bay Area on Monday, but they are with El Tri for training, recovery and connection with their teammates.

“We have two (forwards) who can play and two who can’t,” Martino said. “What I like is that we don’t have not enough players. Four forwards are not going to go (to Qatar), but as long as they make it difficult for me to choose, I’m very happy about that. Surely there will be talk of who is left out, but the problem will be abundance and not scarcity.”

The 21-year-old Giménez is expected to be the odd forward out for Qatar, yet he is playing superbly for Feyenoord, his Dutch club. Martino said he hasn’t confirmed any places for the World Cup, but he strongly backed Jiménez despite his injury problems this season, saying Jiménez “is our No. 9.”

Martino also gave a window of hope to Mexican fans on Jesús “Tecatito” Corona, the exciting Sevilla winger who broke his left fibula and ruptured ankle ligaments in August. Sevilla initially said he would be out for at least four months, but Martino said Tuesday that Mexico is hoping Corona can return to training soon with a chance of making the World Cup roster.

“Our hope is that the first days of October, he can be working with us and have chances to fight for a place,” Martino said.

Mexico finished second in the CONCACAF qualifiers behind Canada, but Martino’s team scored just four goals in its final five qualifying matches despite having both Jiménez and Corona available. Those offensive struggles and the new injury problems seem dangerous for Mexico’s hopes of escaping a group that also includes world power Argentina and a Poland squad led by Barcelona star Robert Lewandowski.

Even the players have noticed that Mexican fans are downbeat about the team’s chances, but that’s hardly unusual for a national team that has known its share of heartbreak. Veteran center back Héctor Moreno hopes El Tri’s supporters will find some optimism — and he hopes the team can provide it with two strong performances in California this week.

“On paper, it’s a tough group,” Moreno said. “Argentina is one of the candidates to win the whole tournament. But you still have to play those games. In the last World Cup, you never would have thought we would beat Germany, and then lose to Sweden, either. We have to focus on Poland, and then after that, we have to focus on Argentina and (Lionel) Messi, the best on the planet. We are always going to have big challenges at this level, and those are two big challenges, but I think we will be ready.”