135-year-old message in a bottle found under floorboards in Scotland. See what it says 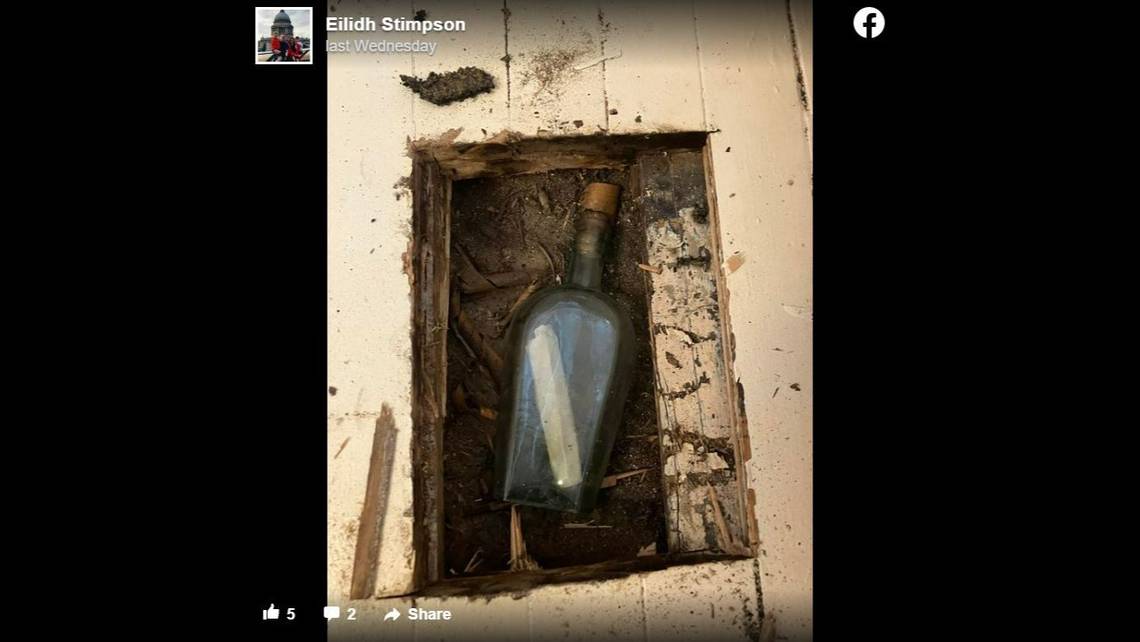 Peter Allan, a plumber, was working on a particularly nightmarish job at an Edinburgh home when he made an astonishing discovery.

In an attempt to move a radiator, Allan was cutting through floorboards, he told Edinburgh Live. That’s when he spotted something strange: a message in a bottle.

“It’s all a bit strange, but what a find! Where I cut the hole in the floor, is exactly where the bottle was located, which is crazy and so random,” Allan said, according to the outlet.

Eilidh Stimpson, who lives in the home with her husband and two children, was shocked when she saw Allan’s discovery, according to Edinburgh Live.

“He came down the stairs going, ‘look at what I just found in the hole I just made,’ she said. “It was quite exciting.”

Stimpson took the bottle, but she waited to take the message out until her 8 and 10-year-old children came home from school, the BBC reported.

“When I picked them up I told them I had something really exciting to tell them and they said ‘Is it that we are having hot dogs for tea?’” she told BBC Scotland. “They had a few more guesses and then I told them a message in a bottle had been found in our house and they were really excited and thought it was maybe treasure.”

Once the three returned home, Stimpson said she tried to use tweezers and pliers to safely extract the note from the bottle, but she ended up smashing it, she told Edinburgh Live.

“We were all crowding around and pointing torches at it and trying to read it, it was so exciting,” she said, according to the BBC.

The note was dated October 6, 1887, and was written by two men who had originally laid the house’s floor, according to a Facebook post Stimpson shared.

“James Ritchie and John Grieve laid this floor but they did not drink the whisky. October 6th 1887. Who ever finds this bottle may think our dust is blowing along the road,” the message read.

“Interesting is an understatement! This is completely amazing,” one user commented on Stimpson’s post.

Stimpson told the BBC she plans to preserve the note by framing it with a piece of the bottle. The family plans to put their own note, including a transcription of their find, back in the hole before it is replaced.

Ancient Roman tomb unearthed in Spain. See what was found in ‘spectacular’ discovery